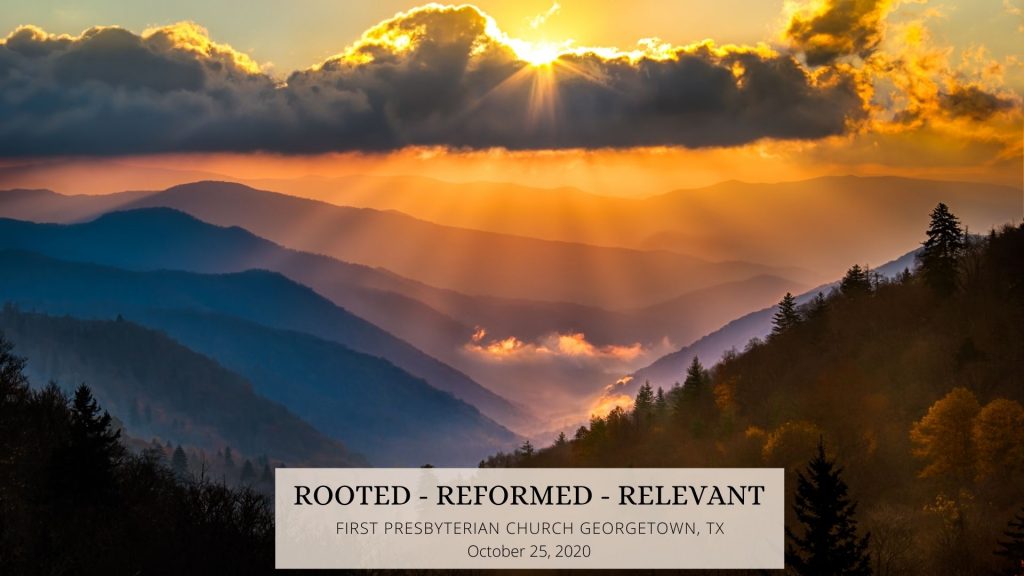 Our passage from Revelation 21 gives us a glimpse of what the eternal and ultimate heavenly reality is all about – what it looks like in broad brushstrokes. And I want to take a moment to highlight some of what is underscored because – while it may at first seem otherworldly or next-worldly – I think it has implications for the single most relevant thing unfolding today.

But, to get there we need, again, to briefly to appreciate what the promise of heaven looks like.

In our passage today, we discover in heaven that a lot is “no more.”

As for what is?

“And I saw the holy city, the new Jerusalem, coming down out of heaven from God as a bride adorned for her husband.”

We had a chance to see the Basilica de la Sagrada Familia in Barcelona, Spain a couple of years ago. And if you have ever been inside of the Sagrada Familia or seen pictures of it then you know – it’s really quite magnificent. The soaring space, the ingenious architectural features, the massive size.

But I think the most stunning and delightful thing about it is the light. The sun comes through the beautiful multicolored stained glass in a way that has incredibly vibrant-almost-glowing colors breaking down from the windows right onto the interior floor and walls. It’s like slides shooting down and then pouring all over the place.

The promise of Revelation, the promise you heard in the Call to Worship which is from Isaiah 65, the promise of Scripture, really, is that the light descends here. Our ultimate, eternal hope is that God’s reality, heaven, will cover our reality, earth, and all of us with resurrected bodies like Jesus will dwell here in God’s new creation for all time.

It is little wonder Jesus caused such a stir when he said, “I am the light of the world.” He was making clear that The Light, God’s Light, the future heavenly Light…that light was breaking into the present. The heavenly descent had already begun.

And a little later on when Jesus rose from the grave and his Risen body declared that death is no more…it was the clearest of moments that the future promise had broken into the present world.

This is why we are bold to pray “Thy will be done on earth as it is in heaven.”

That’s a prayer asking for, begging for, crying for the reality of heaven to land here because we believe the heavenly Light-of-the-World can, does, and will continue to descend upon the earth.

Revelation 21 is not just some distant future but it is a future promise breaking into the present right this moment in Jesus Christ.

Leo was 2-1/2 when we went to the Sagrada Familia, and his favorite thing upon walking in was seeing the light slides of blues and purples and greens all hit along one part of the floor. And so he would race over – and his little feet would dance on top of the spots of colors.

And then he noticed equally vibrant yellows, oranges, and reds clustered in a colorful array in this pocket of the sanctuary – and so he raced that direction. And he danced on those colors.

It could be argued that the whole of the Christian life is discerning where the future light off heaven is breaking presently upon this earth and then becoming like children who drop everything else, race toward that direction, and rejoice.

For indeed, heaven unfolding upon earth is something “as a bride adorned for her husband” – it is a fundamentally joyful truth.

Or how did Jesus put it? “The Kingdom of Heaven is like a treasure hidden in the field, which a man found, and hid. In his joy, he goes and sells all that he has, and buys that field.” He’s got to get where God’s reality is unfolding.

When we talk about being a relevant church – at some level that means a church aware of its context. Aware of what is going on in the world and our surrounding area and responding with love.

But foremost, I think, when we declare ourselves a ‘relevant’ church we are proclaiming a desire to be profoundly attentive to the Light of the World alive and at work in our world on this very day – because there is simply nothing more relevant than whatever God is doing.

Not the deadline or the headline, not the latest not the greatest…the most relevant thing is wherever and whenever the promises of God are being made known on earth as it is in heaven.

When, for instance, we see the sea of evil and disorder being pushed back and moments of freedom or forgiveness or justice breaking through or we see chaos being given beautiful order…we name it, we run toward that, we dance with thanks. That’s light.

When we see generous hospitality, an open embrace, a church or space, or gathering where truly all are welcome and so we glimpse something of a no-gate kind of gathering…we name it, we run toward it, we dance with thanks. That’s light. of

When we see someone drop their guard, the walls within, their defenses…and offer an honest word or a humble confession or a genuine remark…we name it, we embrace it, we dance with thanks. That’s light.

When we see any sort of pain given relief or even healing…we name it, we embrace it, we dance with thanks. That’s light.

And you know what happened when Leo danced in the light? The colors got all over him and his dancing became a multicolor reality itself.

This is Jesus also said, “You are the light of the world” because his light gets all over us and refracts from us.

Could there be any more relevant a church than one beaming with the heaven-come-to-earth promises of God?

And it starts…it starts not by looking unto the headlines or the big names or the latest trends or even necessarily the most pressing thing in our lives. This kind of relevance begins in praying with confidence that thy will can and will be done on earth as it is in heaven. It begins in believing the prayer is being answered, that future light is breaking through into the present…

And if this morning you are wondering, “yes, that sounds so good to know… we are praying for that light on earth, in our church, in our marriage, in our nation, in our government, in our workplace, in our hearts on earth as it is in heaven….but where, precisely, this day might that light be falling that we might run and dance and refract such light?”

A final word of encouragement.

When we went to see the Sagrada Familia I was not prepared for what I first saw standing some 200 yards away from it. Cranes all around it. They began building the basilica in 1882, and Familia is still very much unfinished.

There must have been 8 or 10 cranes around it, and then I read later that even as they are trying to finish it by 2026, each time they get closer something else breaks or gives of way or needs new maintenance. Yes, the Sagrada Familia is remarkable to see from the outside – but it is so obviously also incomplete and under construction with very real, gaping holes and on-going challenges.

And yet I cannot recall a more stunning light than that which breaks through the unfinished basilica.

I am certain we all can name more than a few people and situations and even parts of ourselves that seem – at best – in need of significant construction. We can name the holes, the broken parts, the weak spots, and on-going challenges.

And the truth is ours is a God whose light breaks upon and through broken vessels all of the time (“God’s strength is made perfect in our weakness”). That’s that grace we talked about a few weeks ago.

And so as we seek to discern where the future light is breaking into the present, where thy will is unfolding on earth as it is in heaven…let us lean most fully into some of the spaces we’ve named most broken, most disappointing, most regretful, furthest from what we or God or anyone should want. And when we see light…may we run, dance, and give thanks for the grace that in drawing near the light we have become the light. 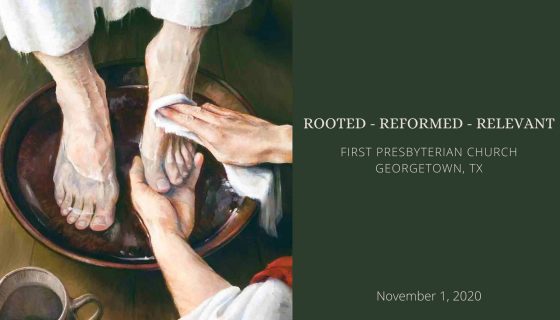 “The Greatest Among You”