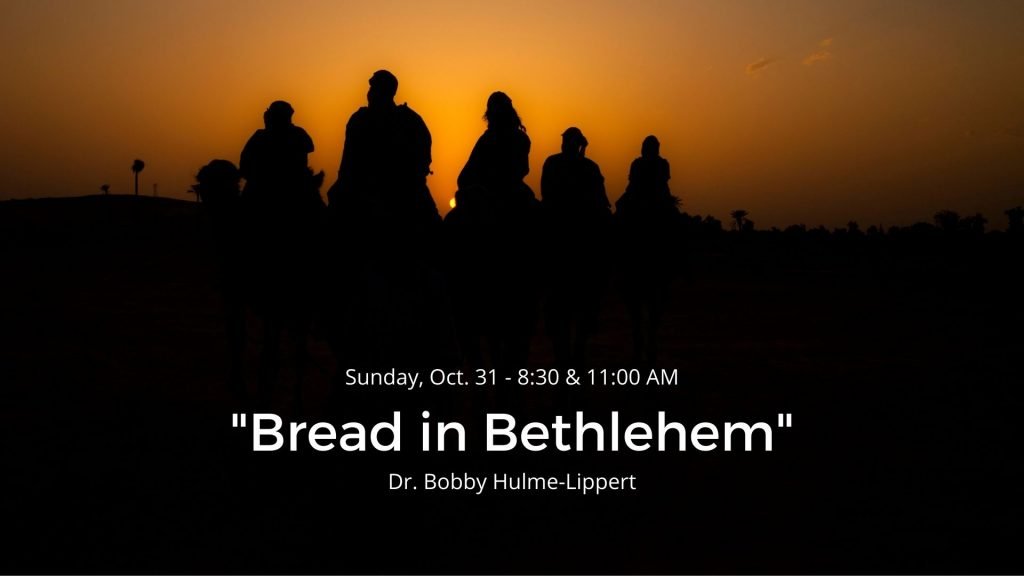 I can remember standing at a train station in a remote part of Italy twenty years ago traveling all by myself. At that point, I was trying to get to Florence (in a fairly short timeframe) to catch a flight back to Scotland where I was studying for a few months.

And I was getting worried. I was just about out of money, I didn’t know Italian, and the area was so remote that none of the signs were in English as they often might be in larger cities. Which meant I could not decipher which train I needed to catch to get to Florence (and this was a good 7 or 8 years before from smart phone realities). I kept asking people for help, “a Firenze”? The first guy did not know replied in Italian and pointed in both directions multiple times.

I didn’t want him to feel bad, so I went to another part of the station where he could not see me and asked another person what to do. And another, and another.

Eventually, under the pressure of a tight timeline, I just took a guess as to what train I would need and it proved correct. And, I recognize that in the grand scheme of things, somehow I would have been fine one way or another.

But…for just a few minutes, I felt this mild terror come over my whole body (maybe for the first time in my life at that point) when I realized that I was totally dependent on the goodwill of strangers who do not speak English.

Have you ever known this sensation?

Have you ever been in a place where you don’t have the language, you don’t have money, you can’t just make a call or pull out a connection or show your resume that says you are good at some things or…on so many levels there is this profound sense of dislocation and an acute awareness, “my goodness, I am completely dependent on the goodwill of people who don’t know me, and I don’t know them?”

And if so then we have perhaps glimpsed just the slightest taste of the refugee experience that stands before Elimelech and Naomi and their sons, Mahlon and Chilion, at the outset of this story from the book of Ruth.

Their family must leave Bethlehem – a town that means “House of Bread.” Because, ironically, there’s no bread. There’s a great famine. And in order to survive they are going to Moab.

The Moabites are something of distant relatives of the Israelites, but at this time and throughout much of Scripture they are understood as the enemy next door.

Years ago, the Moabites had seduced the Israelite men and these men began following the pagan Moabite gods and not long after a plague comes upon Israel and 24,000 die. The Israelites then write into law that the Moabites may never come into the assembly of the Lord.

And now this Israelite family must go into the Moabite assembly.

And Moab works out for them in the food front, but then the story from there is still one thing after another.

And so now there is not only a physical dislocation but a spiritual one is strongly implied. The sense that God is in charge and has a good plan that can be trusted…that is no longer firm.

“Bethlehem” has no bread.

And actually, we have a distinct sense things will get worse. Mahlon – his name literally means “sickly, weakly” and Chilion means “annihilation.”

Well, these two sons do marry Moabite women – Ruth and Orpah – the names of these two men do in fact catch up with them. Mahlon and Chilion die after just a few years.

At this point, Naomi now has no heirs, no descendants and she’s too old to marry and have children. As one commentator explained about the ancient world context:“ There

was no greater tragedy than for a human family to cease to exist.”

For God’s fundamental promise to Abraham was to bless his offspring. Children are vital as a sign of God’s blessing and continued blessing into the future. They carry the

faith and the name and the promise into the future.

A year or so before my grandmother died, she gave me this tie for Christmas. It used to belong to my grandfather before he died nearly 25 years ago at this point. And she presented it so very reverently “ –I have a very important gift for you.”

The gift was not just any tie, not just granddad’s tie, it was the Keith tartan. Our family

on my mom’s side originates from Scotland – particularly from the Keith clan.

She wanted to be sure the family name was passed along.

Do you have such a tie? An object? A piece of furniture? A letter?

Even if we’ve never faced the deep ache famine that is before Naomi, we do know the

deep ache to have our lives live on. The family name to live on. Our faith lives on. Our church to live on.

Naomi’s story is one of continual dislocation.

Actually, she has a thought on that point. Later in Ruth chapter 1, Naomi declares that she shall no longer be called “Naomi,” which means pleasant. But because all that has happened…“Call me Mara, because the Almighty has made my life very bitter.”

None of us have known the precise contours of Naomi’s story. But know we something about dislocation. Even layers of dislocation.

Scott Cormode is a Professor of Leadership at Fuller Seminary, and he spoke at a recent continuing education event where he invited us to consider standing before a wave in the ocean. You are standing there waist deep, the wave comes, and usually you kind of hope right over it. Or, if it is really big maybe you dive under it. Or maybe you ride it one way or another. Regardless, you navigate the wave and then wait for another.

The problem, he said, is that today it is one major wave after another. One comes and then right away another and soon enough you are swirling around, completely exhausted and deeply disoriented. He went on to say the five biggest crises – or waves – facing us today are medical, economic, political, racial and educational. And in all varieties, they keep coming.

Where do find our anchor? Our sense of direction? Sustenance?

Eventually Naomi hears that there is bread again in Bethlehem. And so she and her two daughters-in-law begin walking. And what unfolds is one of the most famous moments in all of Scripture.

Ruth, the Moabite, the historical enemy, the other side. Ruth declares to Naomi:

Where you go, I will go;
where you lodge, I will lodge;
your people shall be my people,
and your God my God.
Where you die, I will die—
there will I be buried…

Amid Naomi’s profound dislocation…she is promised not bread, not a new home, not a rekindled faith, and not a future with some kind of blessing. Instead, she is promised a companion.

Ruth’s words are a stunning declaration. They are as pure a demonstration of hesed as you will find in Scripture. “Hesed” – the Hebrew for faithfulness, lovingkindness, covenant love.

“I’m with you no matter the waves.”

Ruth’s declaration does nothing to change the waves themselves. And yet the gift of hesed can move mountains, can’t it?

A pastor friend of mine told me a story about a wedding he did a number of years ago. It was a very nice wedding which took place outdoors on beautiful farmland. Some of the family wanted a pastor to officiate but honestly, most folks were not all that religious.

The bride’s grandparents are sitting in the front row. The grandmother was nearly deaf and her eyesight was not that good either.

And so as the service begins unfolding, the bride’s grandfather is leaning over into his wife’s ear and telling her what is happening in the service. And it’s a bit awkward – people are definitely noticing because his voice needs to be on the loud side for her to hear him.

“She just finished walking down the aisle.” “The pastor is talking about marriage.” “Yes, they all look splendid.”

My friend shares, you have to imagine this is annoying for some – it just creates a measure of distraction as they are trying to hear all that is happening.

And then something happens at the vows.

The grandfather begins repeating the vows after the groom into his wife’s ears.

to have and to hold,
from this day forward,
for better, for worse,
for richer, for poorer,
in sickness and in health,
to love and to cherish,
till death do us part,

Everyone could hear the groom and the grandfather.

My friend says was one of the most moving moments he has ever been apart of.

So moving, in fact, that one of the groomsmen sat down with my friend after the wedding and, prompted by what he saw in that grandfather, asked about becoming a Christian.

He had come to support the couple and enjoy the party but something about that profound declaration of hesed amid obvious waves…it caught him deeply. He would soon be baptized, join the church, and later would serve as an elder in my friend’s church.

True hesed, true faithfulness moves mountains… because true hesed is an echo of the most fundamental promise God gives to humankind.

“I am with you always, even to the end of the age.”

Or as Paul famously summarized this very point: “Nothing, nothing in all of creation can separate us from the ever-present love of God in Christ Jesus.”

“Hesed.” God declares. “Not because it is deserved or because my people have shown signs of resiliency or faithfulness… hesed because that is who I am. I am with you in life and in the death. The cross is the clearest declaration of my unyielding allegiance to you.”

This is to say no matter how much the waves dislocate and disorient us, no matter how many of those waves are our own doing… we are never thrown beyond our home who is God.

Or, on this Reformation Sunday perhaps it is timely for us to remember the very first question and answer of that great Reformation-Era Confession, the Heidelberg Catechism:

Q1. What is your only comfort
in life and in death?

A. That I am not my own,
but belong—
body and soul,
in life and in death—
to my faithful Savior, Jesus Christ.

Ruth and Naomi are headed to Bethlehem having heard there is bread. What I love about this story is that far before they get to Bethlehem, Naomi is already being given the kind nourishment that will not spoil or fade – by way of Ruth’s steadfast faithfulness.

Where you have we known that hesed meal in recent days? Who has named such a gift to you? And alongside whom might we offer a fresh serving of that meal today?

Because every time we look upon another in our friendships,

“I am with you.
Though we have been the waves keep coming.
Though we have caused some of the waves.
Though we know not nearly where we are going or when the waves shall subside…I am with you”
Every time we declare in word or action or both…we give tangible expression to the gift of God’s hesed, God’s faithfulness, God’s ever-present love for us.
And in a world where the sense of dislocation and disorientation is acute, how needful the gift of home being made known right in the midst of that. Amen. 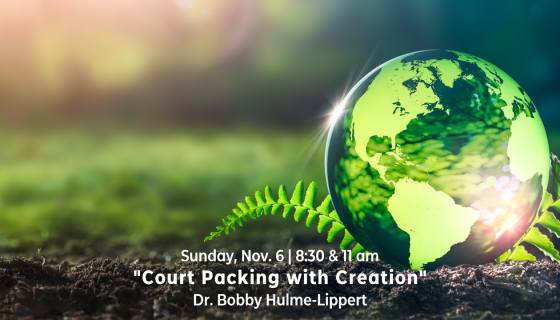 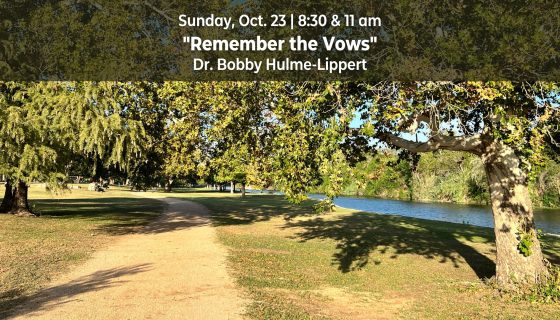 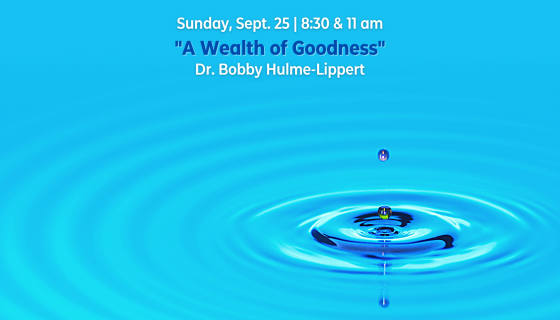