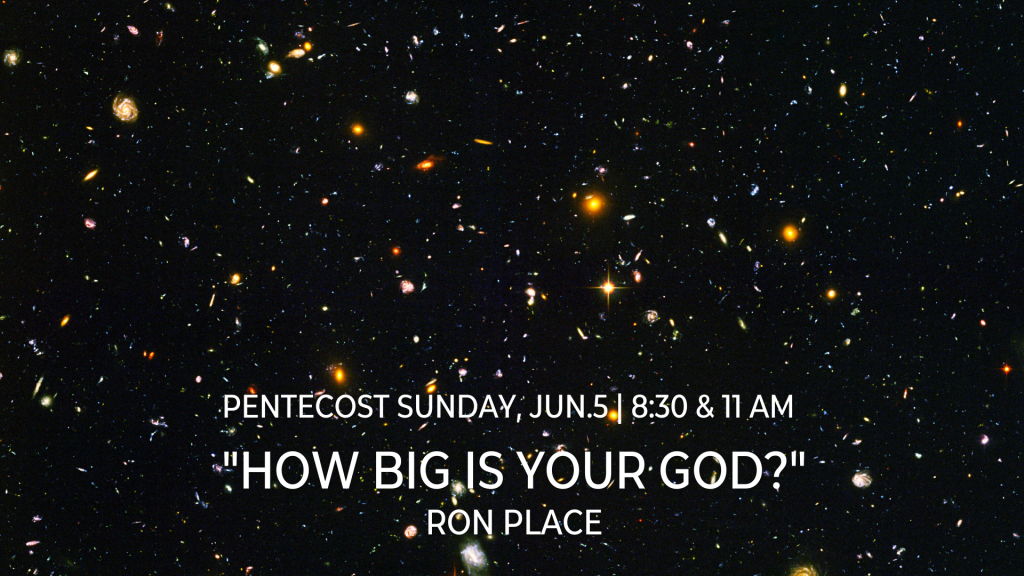 “How Big Is Your God?

For the past year I have been struggling to comprehend how great our God is, and how amazing it is that He would care about us as much as He does.

We will begin this morning with an Astronomy lesson like you had in high school.

We will start with our Solar System 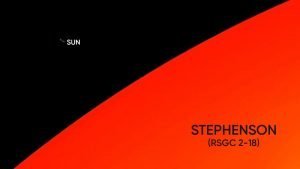 Our Sun compared to the superstar Stephenson 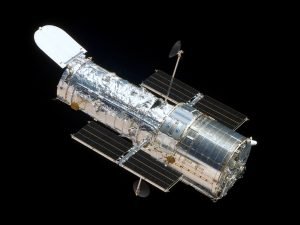 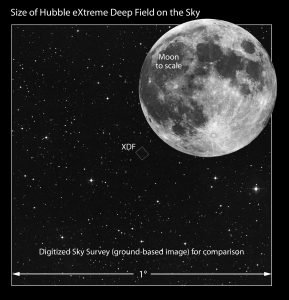 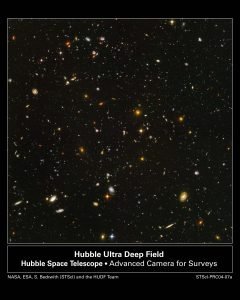 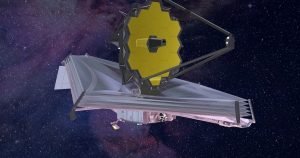 What Are the Implications of this Astronomy Lesson?

Our universe is beyond comprehension. Billions of galaxies; Trillions of stars! It is incomprehensible how anyone cannot believe our universe must have been created by an intelligent God.

But our God is not just an incredibly infinite, powerful and impersonal essence. He is a personal God who cares about you and I. The Bible tells us not a hair falls from our head without His noticing it.

As evidence of His caring for us, He chose to give us His instructions in written form. God used at least forty (40) different authors over a period of 1500 years to provide His Word to us.

There are many attributes of God described in the Bible to help us better understand what a great and wonderful God He is. This morning I want to consider just a few of them.

Infinite – Beyond boundaries, No limits

Psalm 147:5 (ASV)
Great is our Lord, and mighty in power;
His understanding is infinite.

1 Kings 8:27 (ESV)
But will God indeed dwell on the earth? Behold, heaven and the highest heaven cannot contain You, how much less this house which I have built!

Jeremiah 32:17 (ESV)
‘Ah, Lord God! It is you who have made the heavens and the earth by your great power and by your outstretched arm! Nothing is too hard for you.

Isaiah 44:24 (ESV)
Thus says the Lord, your Redeemer, who formed you from the womb: “I am the Lord, who made all things, who alone stretched out the heavens, who spread out the earth by myself,”

Psalm 147:5 (ESV)
Great is our Lord, and abundant in power; his understanding is beyond measure.

1 John 3:20 (ESV)
For whenever our heart condemns us, God is greater than our heart, and he knows everything.

Psalm 41:13 (NIV) – A Psalm of David
Praise be to the LORD, the God of Israel, from everlasting to everlasting. Amen and Amen”

Psalm 90:2 (ESV) – A Psalm of Moses
Before the mountains were brought forth, or ever you had formed the earth and the world, from everlasting to everlasting you are God.

Exodus 34:5-6 (NIV)
Then the Lord came down in the cloud and stood there with him and proclaimed his name, the Lord. And God passed in front of Moses, proclaiming, “The Lord, the Lord, the compassionate and gracious God, slow to anger, abounding in love and faithfulness,

Psalm 103:8 (NIV) – A Psalm of David
He made known his ways to Moses, his deeds to the people of Israel:
The Lord is compassionate and gracious, slow to anger, abounding in love.

2 Peter 3:9 (ESV)
|The Lord is not slow to fulfill his promise as some count slowness, but is patient toward you, not wishing that any should perish, but that all should reach repentance.

Deuteronomy 4:31 (ESV)
For the Lord your God is a merciful God. He will not leave you or destroy you or forget the covenant with your fathers that he swore to them.

Deuteronomy 7:9 (NIV)
Know therefore that the LORD your God is God; he is the faithful God, keeping his covenant of love to a thousand generations of those who love him and keep his commandments.

II Timothy 2:13
If we are faithless, he remains faithful – for he cannot deny himself.

Deuteronomy 32:4 (NIV)
He is the Rock, his works are perfect, and all his ways are just. A faithful God who does no wrong, upright and just is he.

Exodus 34:14 (NIV)
Do not worship any other god, for the Lord, whose name is Jealous, is a jealous God.

Deuteronomy 5:9 (NIV)
You shall not bow down to them or worship them; for I, the Lord your God, am a jealous God, punishing the children for the sin of the parents to the third and fourth generation of those who hate me,

Isaiah 6:3 (NIV)
And they were calling to one another: “Holy, holy, holy is the Lord Almighty; the whole earth is full of his glory.

Revelation 4:8 (NIV)
Each of the four living creatures had six wings and was covered with eyes all around, even under its wings. Day and night they never stop saying: “Holy, holy, holy is the Lord God Almighty, who was, and is, and is to come.”

And Lastly this morning, Our God is a Loving God

Isaiah 54:10 (NIV)
Though the mountains be shaken and the hills be removed, yet my unfailing love for you will not be shaken nor my covenant of peace be removed,” says the Lord, who has compassion on you.

1 John 4:7-8 (NIV)
Dear friends, let us love one another, for love comes from God. Everyone who loves has been born of God and knows God. Whoever does not love does not know God, because God is love.

God loves us so much that He reached out and adopted those of us who believe in Him to become His Children. The Apostle Paul puts it this way in Romans 8:14-17:

Each morning as I have my devotions, in my prayers I never ceased to be humbled by the realization that I am talking not only to this incredible Creator of the Universe, but I am talking to Him as my Father.

As I conclude this morning, I want us to focus our attention on how this infinite God loved us so much that He sent Jesus to provide a path for our reconciliation and redemption.

One of the most famous verses in the Bible describes God’s love this way:

The lyrics to one of my favorite songs, “Ten Thousand Angels” by Ray Overholt, describes God’s love for us and Jesus’ desire to reunite us to Him.

Harry is going to lead us in the Lord’s Supper in a few moments to celebrate that union.

“The Spirit of Truth” 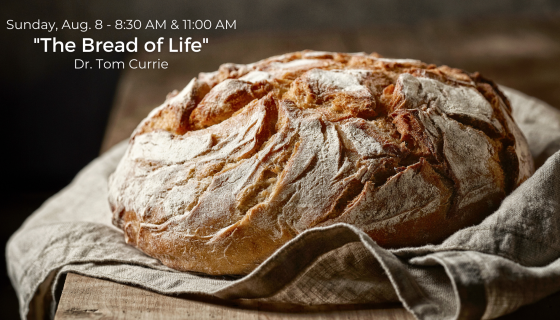