“Live From a Dive Bar”

First live concert? Do you remember? Who was it? Where was it? For me, it was David Matthews Band, Riverbend Cincinnati, OH. I remember the lights and energy. The eardrums just getting blown out of the water.

And I remember a few years later in my first year as an Associate Pastor in Atlanta, GA I was meeting over coffee with this student from nearby Emory University who had recently come to a couple Sunday services.

And he says, “I am talking with different pastors and ministry leaders in the area about this idea I have.” And he goes on to explain this idea he has for a huge concert somewhere in that part of Atlanta where we could invite as many people as possible and I don’t remember at this point what he was wanting to promote – and honestly, I think it was as simple as wanting to have a really great speaker share about Jesus.

And I was intrigued by his energy and we started brainstorming – “Ok, what are the really big venues around here? And who do we know who might have a connection to a really great band? And who are some people who could really make this a can’t miss kind of event.”

We never did end up pulling together a massive concert – turns out those take a lot of work.

But I’m struck by how naturally we both leaned in with this basic assumption that felt deeply right: bigger is better. Spectacular, unforgettable, lights-and-music-and-speaker like the really great concerts we’ve attended… can you imagine?!

And if you were part of the Adult Elective Sunday school earlier this month, you know this is one thing we looked at with regard to a lot of things in our society, the church included. This sense that if you can have a bigger church, a bigger platform, a bigger social media following, a bigger brand…and if you can have it all-the-more polished and professional… That’s where it’s at. Go big or go home.

In the Gospel of Matthew, just before today’s passage, the devil tempts Jesus in the wilderness by telling him: “Jesus, throw yourself off the top of the Temple for Scripture says God will save you.”

And Henri Nouwen, the 20th century Catholic theologian and writer, says this about that moment:

The second temptation to which Jesus was exposed was precisely the temptation to do something spectacular, something that could win him great applause… But Jesus refused to be a stunt man. He did not come to prove himself. He did not come to walk on hot coals, swallow fire, or put his hand in the lion’s mouth to demonstrate that he had something worthwhile to say. “Don’t put the Lord your God to the test,” he said.”

If not the spectacular, if not the biggest…if not the immediate lights and applause from the masses as the way to launch a revolutionary movement in a world mired in injustice, sitting in darkness, needing some real inspiration… Then how?

I remember a number of years ago, attending a live concert in Atlanta alongside whatever 50 or 60 people could be crammed into this space that had

Essentially, it was a dive bar. And I remember the acoustic guitar player – at the end of the concert – he unplugs the guitar from the amp. He steps away from the microphone and the stage. And he comes out into the audience. He starts walking through the crowd and playing his final song.

So, different from my first concert – and a picture not so far removed from the move Jesus makes.

From the temptation to be spectacular, Jesus’ very next move in Matthew’s Gospel, we read, is to “withdraw to Galilee and makes his home in Capernaum by the lake in the territory of Zebulun and Naphtali where Scripture says many in that region sat in the shadow of death.”

To launch this world-changing ministry, Jesus goes to where people are stuck to the floor…by oppression, by pain, by years of nothing changing and little hope.

He goes to a place where you only need a few tables because it’s just not crowded.

“As he walked by the Sea of Galilee, he saw two brothers, Simon, who is called Peter, and Andrew, his brother, casting a net into the lake—for they were fishermen.”

‘Follow me, and I will make you fish for people.’

“Follow me, and your life will show others what the way of Jesus is all about. Love. Goodness. Life. In all you do this will be the catching thing, the compelling thing unto the way of True Life.” Follow me…and this is not easy invitation, which becomes especially clear when we hear the next verse.

“As he went from there, he saw two other brothers, James son of Zebedee and his brother John, in the boat with their father Zebedee, mending their nets, and he called them. 22Immediately they left the boat and their father, and followed him.”

and they go because of the call of Love. The Call of Jesus. It doesn’t matter if that Galilee or Georgetown, Capernaum or Chicago – big or small – when that kind of thing

happens it begs the question: What is going on? Where do people find the courage to get unstuck from all the layers…and step into this Jesus rhythm?

I will live my life, no I won’t hide.

Over and over…this declaration not to live in fear but to step forth into a fullness, a courage, into truer version of who God made us to be.

And with this musician

…I’ll never forget how that called so deeply to something within.

Jesus does not do ministry from stage, does not start something that will change the entire shape and hope of the world by calling from on high…

“The Word became flesh and dwelt among the dive bar of our world and dive bar of our heart…Walking on those same layers of beer and betrayals, bitterness and brokenness…

Because that’s where real trust and connection take place – and forgiveness poured out. It’s the personal connection and love that nourishes the courage to free our feet from the stick and move in the way of life.

To the notion “Go Big or Go Home,” I think Jesus says, “Let’s go home. Names and faces, meals and relationships. Forgiveness and reconciliation. And that will be Big.”

Follow me…live the life for which I have created you…do not hide.

Follow me…live the life for which I have created you…do not hide.

And as his grace and forgiveness wash over the floor,

And we find our feet getting unstuck,

…others will find this a catching rhythm.

The Westminster Confession of Faith, published in 1649 and found in our Presbyterian Book of Confessions, declares that the chief end of humanity, our chief purpose is to Glorify God and enjoy God forever.

Which essentially means…Enjoy the concert. Amen. 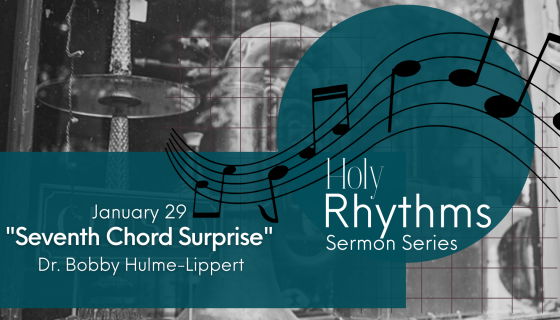 “Saying No to Say Yes” 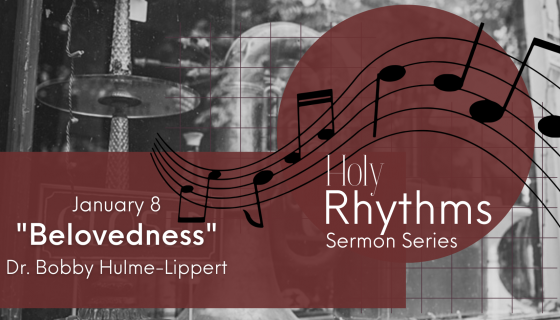