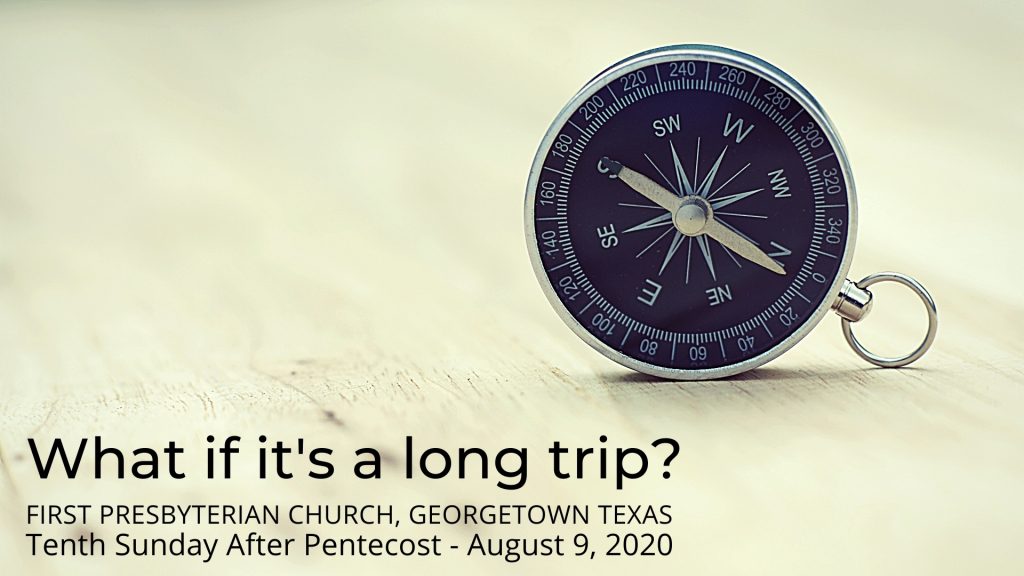 This has always been one of my favorite stories in the Bible. I love this story for two reasons: because it was a really cool miracle, and because one of the disciples got to be a part of it. And so, I have to tell you my story of when I was young in my attempt at the miracle of walking on water. I grew up out on the ranch in the Texas Panhandle. And not too far off from our house (about 50 yards) was this cow tank, which is basically a giant above ground round metal swimming pool where cattle would come to drink.

It was also one of my favorite playgrounds because it had a fence built right over the top of it so two different pens of cattle could drink from the same cow tank. It was also what you might call a rancher’s aquarium because it also had fish in it. Goldfish catfish and perch, so you can see why it was a popular hangout for me. It stood about 3 feet off the ground, was about 15 feet wide, and inside the tank at the bottom contained about 4 inches of the nastiest smelliest mud. So mom always knew if we had stepped into and went swimming in the tank.

My “Walk on Water” Story

But I still love that Bible story. And as we grow up, some of the stories from the Bible take on a deeper meaning, or we simply notice more implications of the story as we grow and spend more time in them. So today, I want us to take a look at a couple of pieces of this story, and afterward, I want you to dwell on them. The story is familiar enough, so take some time and ponder on some elements of this story.

For today, think about:

The Water, Where was Jesus?, What was Peter thinking?, and the Boat

This is the sea of Galilee, and besides all the physical dangers that come with being at sea, especially in the middle of the night, the sea itself in biblical thought represents the forces of chaos. So to the biblical mind, being on the sea is itself a threat, representing all the anxieties and dark powers that threaten the goodness of the created order.

So when Jesus walks on the water, it’s not simply a miracle because Jesus is defying the law of gravity. The biblical way to see this is the One who overcomes the power of chaos. “To walk upon” means to conquer and the “sea” is this anti-creation chaos monster entity. Ancient thought believed that no human being could perform the feat of walking on water because that was reserved for deity. And in biblical thought, only God walks on the sea. And here, we have Jesus doing what only God can do, and even when he speaks to the disciples, he responds with the familiar “I am” phrase that God uses to self-identify YHWH.

Where is God in this story?

But Jesus (representing God with us) was NOT with them… until the end (then the wind stopped and they worshipped him).

Jesus used their situation to show them that they need Christ to be with them. That we, the Church, need Christ with us or we are lost out in the chaos without Him. That’s the true point of this story that Jesus is trying to make. It is not about Peter’s part.

Why did he want to get out of the boat? What was he thinking? Was it…

Because he wanted to do as Jesus does (the call to be Christ-like)? OR Because he sought some experiential, spectacular reassurance that God is real?

After Jesus says, “Take heart, it is I; do not be afraid.”, this is how Peter responds, “Lord if it is you, command me to come to you on the water.” So in other words, Peter wants to believe but he is not fully convinced. And he needs something BIG to make him believe.

This whole act of Peter’s isn’t a grand attempt at living out his faith. It’s a lack of faith and putting God to the test. And Peter was willing to put his life on the line in a very dangerous situation just to see some proof of God.

Where are we stepping out, not in faith, but because we desperately want to see God do something amazing in this chaos if we simply believe enough? That isn’t the actions of a disciple, that’s a trap from the devil.

And I’ll admit that Peter is one of my favorite disciples, originally because I always loved that he was a man of action; but more so these days because I can see a bit of myself in him. In our lives today, are we stepping out in the chaos, in the mess of life, just hoping to see something spectacular, something miraculous to prove God is there. Then we, like Peter aren’t acting in response to what God has done or our call to reveal God’s Kingdom. We’re sinking in our attempts to get God to prove Himself in a big flashy way.

But remember what I said earlier, the point of this story is not Peter’s lack of faith. Here’s the danger if that was the case… When our fantasies of God proving Himself through events that simply overcome the laws of physics and biology are shattered by the realities of accident, disease, aging and circumstance, yes we begin to sink and would be left to feel guilty because of our lack of faith.

But notice something real quick… Jesus didn’t say, “Peter, you better check yourself before you shipwreck yourself.” No! He told Peter, “Come on.” God is not so overcontrolling that He doesn’t allow us those moments, those stories to tell later, to learn about our need for Him.

Did Peter have any business out on that water, where only the divine may walk upon the chaos? I don’t know, but he DID walk on water while he was focused on Jesus. I always wondered after that if Peter and Jesus had more conversations about it, and if Peter later had other attempts at walking on water. I know that wasn’t the end of it, because you know the other disciples reminded him and gave him a hard time about it.

I think this is a great image for the Church. It’s this small little wooden thing in this vast, dark, and chaotic sea. We cannot command or control the sea, we’re just trying to navigate it so we can get to where we’re are going. But we’re in this boat together, and Christ is with us.

So put yourself in that boat with those disciples. I’m sure it was a mess of a situation. The boat is rocking all over the place whether from the waves or people on board. And do you think the disciples were thinking?

Judas is probably yelling “Peter, quit rocking the boat!” Thomas says, “I doubt he’ll make it.” James and John are saying, “Hey, if you go, I’ll go.” Those disciples in the boat are just like our Church boat now. We have all kinds of people in our boat

5 Kinds of People when the boat rocks

The “boat” is always going to be rocked

We have to look beyond Peter’s doubts, beyond our doubts, because Jesus looked beyond Peter’s doubts and our doubts, and our lack of faith. And what we will see when we look beyond the doubts, the lack of faith, the shortcomings, the failures, we will see that Christ is with us. And who do you want to have sitting by you amidst the chaos? The one who conquers chaos. We have assurance in Jesus who is faithful. And it IS going to be ok. We WILL make it to the other side. And Christ IS STILL going to call us to do His Good Work and WILL work through us, because He has promised to be with us in this boat. No matter what rocks the boat, no matter who rocks the boat.

Faith is not being able to walk on water, but daring to believe, in the face of all the evidence, that God is with us in the boat, made real in the community of faith as it makes its way rocking through the storm. 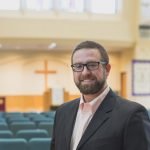