Growing up, we always set out a manger scene by the front door. Joseph, Mary, the wise men, shepherds, angels, and animals. They were all in and around this manger where baby Jesus would arrive on Christmas day.

Now, a big part of this whole scene were the three sheep – one for each brother. One sheep had a “B” under its foot for “Bobby” one sheep had an “M” for Michael and one with an “S” for Scott.

And every year on Dec 1st these sheep would be placed about two feet away from the manger itself. The big question was: Will these three sheep make it to the manger by Christmas Day?

If we behaved on a certain day, our sheep got moved toward the manger in the evening. If we were a bit wild during the day, the sheep might not move at all that day. If we really were out-of-hand, the sheep went backward.

No greater fear did my seven-year-old self know than a backward walking sheep with a “B” Sharpie-ed under foot lest I missed Christmas – whatever that might mean to my seven year old self.

Our passage from the Gospel of Matthew begins with Joseph’s story seemingly about to take a few steps backward from where God is…but then finds it’s a story that finds its way forward – at first – by not moving at all. In other words, Joseph’s story has all three sheep dynamics at work.

Again, though, the way the story begins, it appears Joseph and Mary’s life are about to take a number of steps back from God’s way. Joseph has discovered that Mary is pregnant, and quite naturally assumes she has slept with another man.

It appears it is going to be devastating for Mary no matter what happens, but for Joseph there are still a couple of difficult ways forward under Mosaic law.

 The punishment for adultery was public stoning – much as nearly happened to the woman in John chapter 8 as men of the village gathered to cast the first stone. Joseph could rightly bring Mary before the council and expect this to unfold.

 The other option available was a quiet divorce. It would almost certainly mean a life of poverty for Mary from then on, but she would have her life and this child.

Matthew calls Joseph ‘righteous’ – the kind of sheep that keeps moving forward one good step at a time. And because he’s a good sheep – he will swallow whatever anger or shame he may have at being wronged, and he will take the noble road of quiet divorce as he is next step forward in the right direction.

My guess is that if the story had continued this way, Mary and Joseph separate and many years later in Joseph’s waning days someone stands to give Joseph a toast. Or maybe it would the kind of thing that gets said at his funeral service.

And my guess is they’d say, “Joseph was a good man. A righteous man.” And somebody would say, “You know what? None of you know just how good he was. Years ago he could have very rightly sent that woman who cheated on him before the law, but he endured a quiet pain and let her go without retribution.”

Do you know a Joseph? The kind who does good – even when they are wronged? That kind that weighs the next step forward and tries to balance justice and compassion, law and grace?

The truth is, I think the church is often filled with Josephs. Good people trying to do the right thing. And often we are confronted with challenging moments and decisions and situations where it is this way or that way.

Perhaps you are in the middle of one or two decisions about the next step even right now. Goodness, the church around the world and certainly at FPC – we have been acutely aware in these recent months how necessary it is to keep making decisions about how to navigate our COVID reality and continue loving God and neighbor in all of what we do and say. This way or that.

And yet, the most wondrous part of our passage comes the moment when our righteous lead character ceases all movement.

Just before Joseph has the time to put the next foot forward – he falls asleep.

It is a posture of complete passivity. No motion at all.

I like what theologian Old Testament theologian Walter Brueggemann has to say about the centrality of this particular posture for the life of faith: “we must sleep. We require seasons of rest and, therefore, of vulnerability. Our control flags. We become open to stirrings that we do not initiate. Such stirrings come to us in the night unbidden….They invite us beyond our initiative-taking management.”

Many of us wrestle with how and when Jesus is speaking to us…but maybe the first question is this:

And lest we forget…God actually gifts us one of those spaces. The Sabbath. There is much to say about that particular space, but suffice it to say God does not think it a bad thing at all the days when the sheep do not move at all. God, in fact, writes that day into the very rhythm of our existence.

In our story, the Lord appears to Joseph in the motionless, unguarded space of a dream. There God through an angel calls Joseph by name, “Joseph, son of David, do not be afraid to take Mary as your wife, for the child conceived in her is from the Holy Spirit. She will bear a son, and you are to name him Jesus, for he will save his people from their sins.”

Notice how the first exhortation makes clear that just because God is drawing near does not mean life is going to get simpler or easier: “do not be afraid…” is how the angel begins.

Because moments ago Joseph thought the options were that Mary would be stoned to death or quietly divorced.

Now God has spoken, and there is a third option.

He is to marry this woman who everyone will suppose is pregnant by way of another man. It is an option where – to all appearances – he is not keeping the law, not doing a rationale, prudent, a good thing.

In fact, it is undoubtedly a terrifying option as he considers the way it may very well affect his standing in the community, his reputation, his economic well-being, his friendships, his family.

From everyone else’s perspective, this is a scandalizing choice.

Have we ever known God to call us in a way that though deeply good…also appears to very much put some measure of our social or economic or familial standing at risk?

The truth is – frequently when God speaks into our lives and situations… what is said may put a new way forward on the table, may truly be the way of the beautiful new thing God is birthing absolutely… but it can also be far more challenging than the couple options we had on the table.

Think even of some of the ways Jesus speaks to us in the Gospel of Matthew alone – and consider the manner in which these words might make things more challenging in any number of directions:

There is a kind of stillness we need more of in our lives – the vulnerable, unguarded openness space where the sheep do not move that they might recognize God who is moving near to them – and speaking.

The angel begins the address to Joseph with “Do not be afraid” because what is recognized is that this particular word may well create a paralyzing fear for Joseph.

Are any of us stuck in this second kind of stillness against which the angel warns?

Are there certain ways in which we find ourselves this day entirely still, and it is fear, not faith that holds us there?

Thanks be to God “do not fear” is not the only thing God provides in the face of Joseph’s potential paralysis.

Donald Miller is an author and speaker who tells a story in one of his books entitled Blue Like Jazz.

A Navy SEAL team flew by helicopter one night to a compound in another country where hostages had been for months. The team stormed into the space – totally dark, incredibly filthy. You could smell it. Feel it. The hostages themselves were curled up in a corner. Terrified.

Then one of the SEALS has an idea. He puts down his weapon, takes off his helmet, and with no protection walks over to the hostages and curls up into the mass of them. His body touching theirs. He put his arm around a couple of them.

And he shall be called Immanuel, God with us.

Most fundamentally the Christmas story is not about whether or not the sheep make it to the manger – because honestly the sheep are constantly going astray or paralyzed with fear; no the Christmas story it is about the fact that Jesus has gone to the sheep who are held hostage by fear to save them from their sin. And he has nestled in with us no matter how dark or off-putting the fears and brokenness may be. God…with us. Perfect Love dwelling with us…and perfect love casts out all fear.

After a while, the Navy SEAL eventually stood up and motioned for the hostages to leave the dark and walk an unknown road at that point. They got up.

And this God-with-us Jesus eventually stands, calls us by name, and says, “Do not fear. Follow me…”

It is my prayer that in our waning days or perhaps at our funeral, others will stand and say, “Let me tell you about the new birth, the new life that emerged and grew because this sheep, these sheep – amid real fear and great cost – they heeded the call of love. Thanks be to God.” 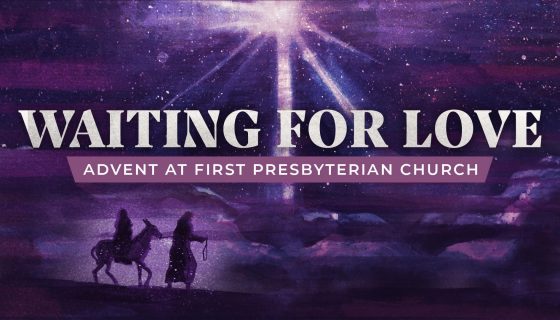 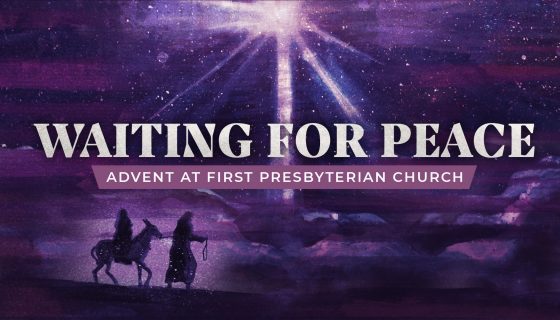