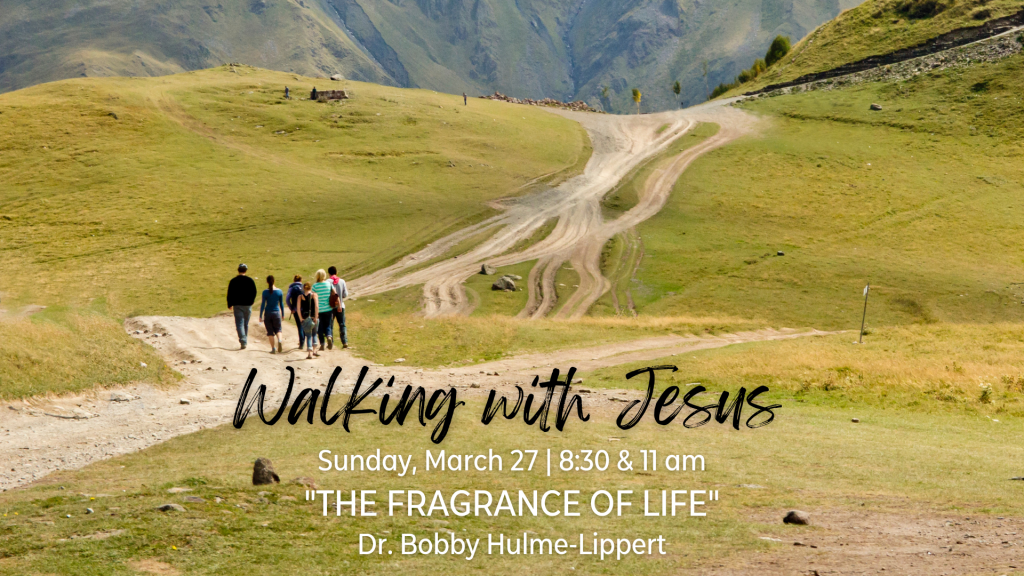 “The Fragrance of Life”

1991 in New Berlin, NY a 31-year old physician, Bill Thomas, became the medical director for the Chase Memorial Nursing Home which had 87 severely disabled residents. Half were physically disabled. and 4 out of 5 had Alzheimer’s or some form of cognitive disability.

He immediately began making rounds and addressing whatever he could with as much medical know-how as he had. Attentive time with each person. Medications. In time, he diagnosed the most fundamental issue with the place was not medical – it was pervasive boredom, isolation, and loneliness. It was deeply dispiriting.

And so – long story short – Dr. Thomas, himself someone who owned a small farm with his wife, had an idea that be brought to the Chase Memorial Nursing Home board (and you can read the longer version in the chapter of a great book called Being Mortal: Medicine and What Matters in the End by Atul Gawande): What if they tore out the big portion of the grass outside the nursing home and built vegetable and flower gardens and what if inside they brought in a bunch of plants?

As well, inside, what if they brought in a few dogs and a couple of cats and 100 parakeets and a colony of rabbits and a flock of hens? And could they use an underused wing for children of the employees who needed after-school care? What if they brought a veritable farm + young children to a nursing home as part of the ongoing reality? A way to bring new life around the residents but also invite them to take some responsibility for that life….what if?

And if they could get official approval and grant funding (a process I’ll share a bit more about in a few moments)…Dr. Thomas had an idea called “The Big Bang.” They would not phase in this change but have one particular day when they would open the doors to the nursing home and have all the animals come pouring in at once – all while begining the new garden and the employees began bringing their children.

The big day arrived and the parakeets arrived on a delivery truck before the cages arrived – and they were released into the beauty salon on the first floor and then shut there to wait. The cages did eventually arrive – in flat boxes, unassembled. A few staff took hours assembling them and then putting birds into these cages.

Dogs and cats began showing up. A couple of dogs pooped in a residents’ room shortly thereafter. Another part of the staff transformed a medical cart into an animal feeding cart that could make the rounds to the animals. It was nuts. It smelled like a farm.

It was also a scene of lavish, over-the-top, really can’t-believe-they-tried-it generosity.

“Mary took a pound of costly perfume made of pure nard (an amount of perfume equivalent to a year’s wages), anointed Jesus ’feet, and wiped them with her hair. The house was filled with the fragrance of the perfume.”

Ours is a scene of lavish, over-the-top, really can’t-believe-she-offered-that generosity. The perfume. The hair. Of course, anytime such extravagance is attempted or done in this world, it does bring about a reaction. Inevitably, you do something “over the top” well then, you’ve gone “over” the top of something that people generally agree is “the top.” You’ve pressed a limit that is there for a good reason.

This is what Dr. Thomas of course encountered when he proposed a garden and farm and children moving into the nursing home. When Dr. Thomas proposed dogs and cats the board replied, “This is off-base.” When he added birds to the list they said flatly, “Code clearly states no birds allowed in nursing homes.” When he told them the number of animals he had in mind they said, “That will smell like a zoo.” And then, of course, some very rightly brought up the fact that the staff there had not had a raise in a couple of years and each year watched nervously as the state budget was set.

It’s not that trying something to improve the morale of the residents is wrong…it’s just, the people already working there deserve better pay the facilities could use some TLC and…why are we asking for a grant to fund a zoo when we need to maintain place we already have?”

Honestly, hard to argue with. That is good ol’ fashion pragmatism. We don’t always like it, but you know, you gotta tend to the basics.

But Judas Iscariot, one of his disciples (the one who was about to betray him), said, 5 “Why was this perfume not sold for three hundred denarii and the money given to the poor?”

Why are we wasting all of this money on this act of devotion when we could readily feed the poor for months on end with this money – and feeding the poor is part of ‘the basics’ when it comes to God’s Law?!

To be sure, John lets us know Judas’ motivation for raising such a ‘concern.’ We read that “Judas said this not because he cared about the poor, but because he was a thief; he kept the common purse and used to steal what was put into it.” Even so, Judas gives voice to something that many of us feel in the face of extravagance – shouldn’t it be used to do good elsewhere?

To be sure, Jesus’s response makes clear that he cares a great deal about the poor. He quotes from Deuteronomy where it says “you always have the poor with you” but the whole verse – which Jesus definitely had in mind – the whole verse there says, “Since there will never cease to be some in need on the earth, I, therefore, command you, “Open your hand to the poor and needy neighbor in your land.” In other words… “Because the poor are there in every generation – open your hand and give and give regularly.”

But…Jesus ultimately defends the extravagant devotion that is poured out upon his body that shall soon be buried. And in doing so he makes clear that what this woman does is a sign of what he himself is all about – and thus can’t be missed. For in just a few days Jesus himself will be poured out upon the cross in profound love for humanity dead in its sin. When John would later describe Jesus’s love he puts it this way: “Consider the kind of extravagant love the Father has lavished on us…” When the Apostle Paul prays for the church he prays that we might “grasp how wide and long and high and deep is the love of Christ – and to know this love that surpasses knowledge…”

When Jesus himself puts description to God’s love he tells a parable where the shameful younger son is not sort of welcomed back by the father after he has done so much wrong but the younger son is lavished upon with embrace and gifts and a weeklong party…and the fuming, judgmental older son is told, “It’s all been yours as well.”

Jesus came not to give some life here and some life here, a reasonable, pragmatic amount but never too much because not everyone really deserves it and some people won’t appreciate it very much. Plus there’s only so much to go around.

Ours is a God who operates not from a scarcity mindset but an abundance mindset.

Do you know what happened at Chase Memorial Nursing Home once the garden and farm and children poured in?

Mary poured love lavishly upon a body nearing his death. And three days later he rose.

Her act is a sign of the most fundamental Gospel story – love raises the dead.

And I bet you that is why we are here. Extravagant love somewhere, somehow has been poured out upon us and raised us…

Think about it for a moment: If you’ve ever been dumped upon with love…

All those and more…That’s Jesus. That’s the Love that raises the dead. That raises our spirits. That raises us unto life and joy and service and worship.

We are here, I am confident, not because we’ve been doled out rational, perfectly proportioned bits of love but because Jesus through multiple someones in our life has thrown an entire jar worth of perfume and a farm’s worth of love upon us.

What smells come to mind when you think of the extravagance that has loved you into being?

And what does it look like to be the kind of church whose mindset is not captive to a scarcity mindset – we don’t have enough….we can’t do that… but rather a church who remembers what brought us here in the first place and so cannot wait to figure out where we get to pour out the perfume and plant the garden and let lose the animals and the children and just imagine the fragrance of life? Who among us needs not just a card but maybe also a party? …not just a sandwich but maybe also a banquet?

Who among us needs not just a polite word, but a deep hug of affirmation? …not just a nice promise, but genuine justice? …not just a word of encouragement, but a standing ovation?

Who among us needs not just a friendly hello, but a friend?

Who among us needs not just a roof over our head, but a home? 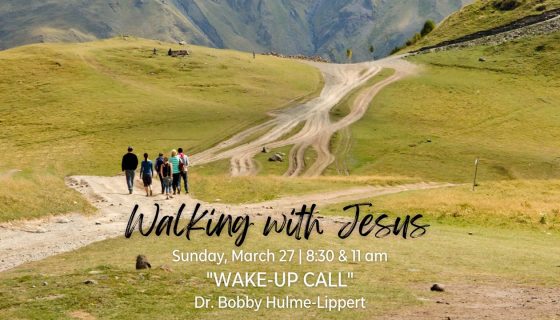 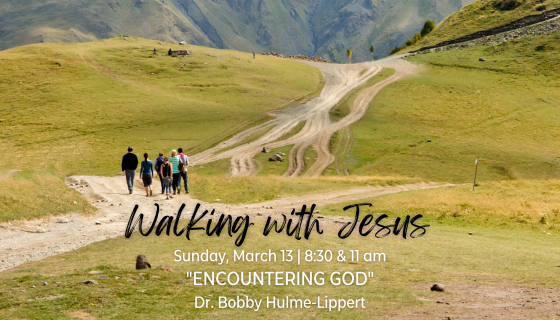 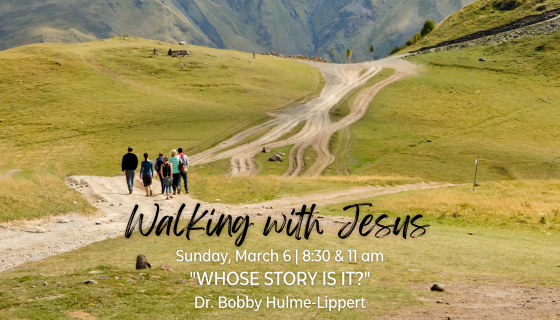 “Whose Story Is It?”