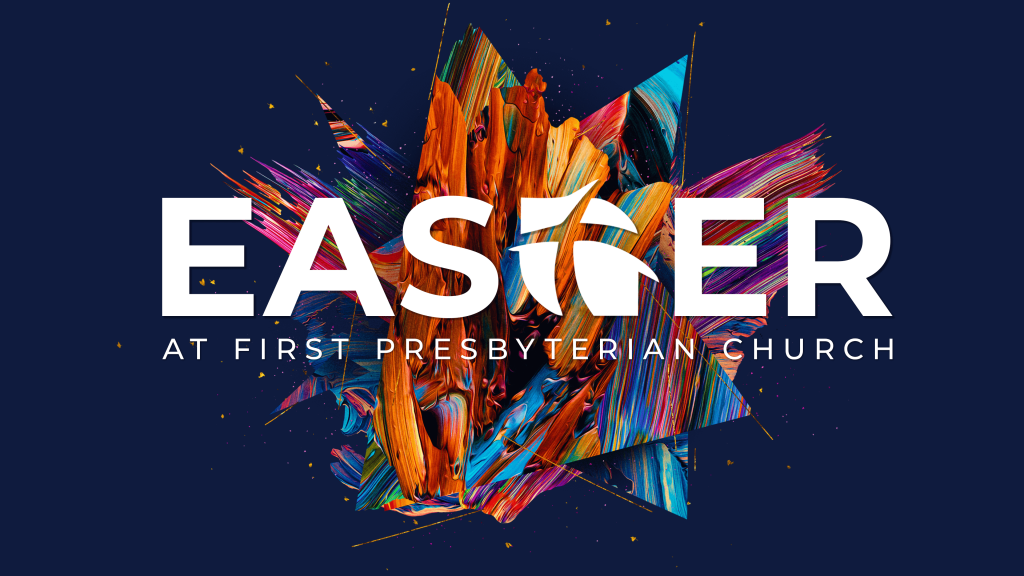 Did any of you follow the story of “Ever Given?” This massive cargo ship with billions of dollars worth of goods on-board – and for six consecutive days in mid-March, it was completely stuck sideways in the very narrow Suez Canal.

As you probably saw, they had excavators out alongside the banks of the Canal trying to dig sand and dirt from under the ship to help dislodge it. They had tug boats attached to the cargo ship trying to pull it from the shore.

And at some point early in this process, a photo was taken of the front of this massive ship stuck on the banks of the Suez Canal and then below it, almost the size of a thumbnail…there was this little yellow excavator trying to dig up sand to help the cargo ship get free.

Well, this photo got out, and the internet went bonkers with making memes out of this image.

Another put on the image of the boat, ’The crushing despair of everything from the last year.” And then on the excavator, “You, doing your best.”

Still another in a similar vein said, “My mental health during a pandemic” and then next to the little excavator it read, “going for a walk at lunchtime.”

And these and similar memes became wildly popular with people of all backgrounds all over the world. Time and again there was this widely shared sense when people saw the photo, “Isn’t that so true? Isn’t that life? The impossibly big thing, challenge, weight…and us doing our little part trying to make a difference.”

And the thing that struck me about so many of these memes was that they really were funny. Some make you laugh out loud when you first see them. But most of them were funny in a way where there was lament implied.

In fact, the humor was found in painful truth many feel: there really are some big, huge impossible realities and dilemmas in our world and in our lives…and our response really can or does feel so incredibly small – or even futile given what we are up against.

The humor almost carried with it this unspoken, uncomfortable question: Does anything we do really make a difference?

When you look at the writings of the Apostle Paul, it is clear that when he looks out upon this world…what he sees among other things is this massive ship of sin and death that has thwarted, blocked, and defeated humanity generation after generation regardless of how many ingenious our excavators and well-intentioned our tugboats.

We have tried to budge that ship through education, legislation, scientific advances, moral exhortation, and more…and there still sits the ship.

But,.. do you recall how the “Ever Given” cargo ship eventually got free?

The essential thing that made it all work was the fact that on Monday, March 22 there was a full moon which resulted in an extremely high tide of water coming through the Suez Canal and so coming underneath “Ever Given” The high tide lift the ship from the sand just enough to dislodge and free the ship.

In other words, the most fundamental reason that the impossibly big ship was moved came about because of something entirely beyond the control of humans. The moon shown, the waters rose. A pure gift of creation.

When Paul looks upon the massive ship of sin and death, what he declares in 1 Corinthians 15 is that the ship has been dislodged by the pure gift of Jesus Christ.

Which is to say…

Yes, we still know the realities of sin and death in this world – but at a fundamental level…

…the light has shone in the darkness, the living water has risen, and this has inaugurated a new heaven and a new earth where sin and death do not hold full or final sway over reality. In Christ, with Christ – life and life eternal have the final say.

I love that the boat is named “Ever Given” – what a perfect way to underscore that our ever-given reality in Christ Jesus is one where the boat is dislodged.

Because if we know that to be our ever-given reality, it changes everything, doesn’t it?

If you are an excavator, for instance, and you spend your days getting your hands and heart dirty…in the trying realities of relationships, or politics, or teaching kids of all temperaments, interests and abilities.

Or you spend your days getting your hands and heart dirty…trying to move the ball forward on a just cause or forgiving another or caring for patients amid all kinds of complications or caring for the widow or orphans, foreigners or the poor.

If you spend your days as an excavator – doesn’t it make all the difference in the world if you know that the light has shined, the waters risen, and ship has been dislodged?

For then we are confident that though yes, this work is messy and slow and full of trial and heartache and pain – it is not in vain.

Sin will not have the final say in your interior work or your exterior work. Nor either will death triumph – not ultimately. For the boat will move; the boat is moving.

And if you are tugboat…

If you spend your days as a tugboat – doesn’t it make all the difference in the world if you know that the light has shone, the waters have risen, and the ship has been dislodged?

Doesn’t it make all the difference to know that though, yes, this work is weighty and tiring and at times exasperating – it is not in vain. Fundamentally, this work is not lodged in sin, and death will not triumph. Not ultimately. That ship will move; the ship is moving.

This is the logic of Paul’s entire argument in 1 Corinthians chapter 15. He spends 57 of his 58 verses talking about the central truth that Jesus has risen from the grave. There is a new heaven and a new earth unfold in which the powers of sin and death are no longer the settled, anchored reality.

The ship is moving and life is flowing.

And after making it abundantly clear that this is the most fundamental truth about reality in here and out there and throughout all of creation both now and forevermore, Paul tells the church this in 1 Corinthian 15:58 (the very last verse of this long chapter):

“Therefore (because of all I have just said regarding Christ being raised and conquering the powers of sin and death), my dear brothers and sisters, stand firm. Let nothing move you. Always give yourselves fully to the work of the Lord, because you know that your labor in the Lord is not in vain.”

The ship will move; the ship is moving.

As exciting and joyful as it is for us to gather together on this Easter morning…I remain mindful that those boat-and-excavator memes make it clear that there is also, for many, a deep and underlying lament to this season of life.

The past year, in particular, has made clear

And then of course we are carrying with us any variety of personal and familial challenges that layer in the midst of all of that.

And what we proclaim on Easter Sunday is, in fact, quite urgent, quite timely.

For we proclaim that, yes, the ship is real, the ship is absolutely huge…and the ship has been dislodged at its most foundational spot. In Jesus Christ, the power of sin and death are no longer the fundamentally entrenched given.

And we do so with an unyielding hope, a genuine joy.

For are held by this fundamental conviction that the light is shining in the darkness, the waters of life are rising, and the captives are being set free – for Jesus Christ is Risen. 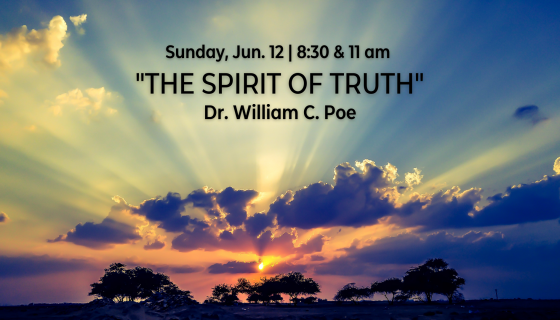 “The Spirit of Truth” 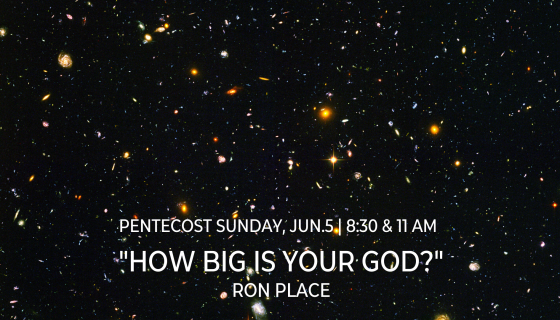 “How Big Is Your God? 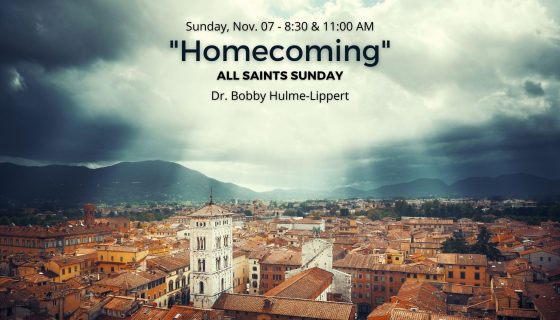