Schindler’s List is Steven Spielberg’s 1993 film that tells the true story of Oskar Schindler, a Nazi businessman during the Holocaust. The film opens with a Jewish family gathering on the Sabbath. There is the flick of a match, the lighting of a candle and the offering of a prayer for peace.

It is a brief moment of color in the film – we see the light in all of its vivid yellow and orange…and then it flickers, and it’s over. Extinguished. Then 3 hours of black and white film going places that are so very hard to watch. Surely in these recent days, it feels like that light of peace flickers. And sometimes even it can also feel that what we are seeing and living is like black-and-white footage because the wartime violence looks as if it is from another era. And of course, it can feel so soul-deadening to witness…whether in Ukraine or atrocities elsewhere.

And if it’s not that, it’s in here and here (brain and heart) for many these days…where there is such a profound mental health crisis going on- people amid loneliness and extended isolation and the ongoing anxieties of our time – reality can feel an uninspired black-and-white.

Alive…but not living. Where’s the color? Where’s that light?

“Blessed is the king who comes in the name of the Lord! Peace in heaven, and glory in the highest heaven!”

Those words echo almost perfectly the words from early in the Gospel of Luke when Jesus is born and the luminous angels sing against the night sky, “Peace on earth and glory in the highest heavens.”

And so, we lift our heads to see what the crowd sees, to see this light, the babe now grown…and he comes riding on a colt.

Kings returning from victory in this time rode back into the city upon a horse. An instrument of war. A symbol of conquering strength. And who doesn’t feel inspired (and safe) holding onto the coattails of the king upon a horse with legions of warriors following behind? I would.

I confess this year in particular I wrestle with this moment in Scripture.

“Jesus – the humble colt is some good street theater. The fact that you are riding down from the Mount of Olives – nice touch. This is quite the jam-packed symbolism that you are coming to proclaim another way for victory. A way not of might, but humbleness. A way not of overcoming but serving. A way not of war but of peace.”

But, Jesus, there is a war. Wars, actually.

Who among us does not long to just change the bad things…now? More planes and tanks. Or more money. Or put more pressure on him or her or them.

And is not that some of the attraction of drinking or drugs or any number of forms of escape…because at least for some moments there can be found some immediate sense of change within?

“Jesus – this year of all years, ride upon a horse. Show us you are going to meet the might, the mess, the pain out there and in here with actual power.”

Do know there are two moments in the black-and-white Schindler’s List where there is color? One is on a couple of occasions where it is the Sabbath, a day of rest, and a candle is lit.

And the other is this young girl in a red coat standing outside in the midst of a frenzied Jewish Ghetto that is being cleared by the Nazis. And this German businessman and Nazi, Oskar Schindler, see this girl from where is located above the city, and he is riveted by her. Her vulnerability. Her innocence.

If you have seen the film you know that this moment changes him. Because previously, Schindler is captivated by Nazi political power and money to be made on the

deportation of the Jewish people…and his conversion comes from seeing vulnerability and innocence so embodied in this little girl in the red coat.

He soon begins protecting the Jewish people, and he employees and hides around 1200 of them in his factories for the remainder of the war.

And so just two instances of color: 1. Sabbath candles. Moments of human inactivity. Moments of total trust in God’s activity.

2. And a vulnerable girl without power or guile or the ability to do a thing about all that is unfolding.

And the film begs then the question, Schindler’s real-life transformation itself begs the question:

In the face of the biggest powers we know and name…is it possible to move the human heart and even human history by a still greater power?

Sometimes we forget just what an almost foolish thing it is that we put at the very center of our faith (cross).

otherwise – and not letting anyone in…it sure does seem to move the world.

It seems a risky proposition to follow wholeheartedly the king upon a colt. The king upon a cross. It is an act of faith but…also it’s no wonder it would be but a few days and Jesus’s followers would be basically nil…

The problem is …once we believe love can’t really win and can’t really be trusted and once we kill love…maybe we are living, but we are no longer alive.

We may have money or sway or security or more…but goodness, give up on love, crucify love, throw love for some other reality where maybe that stuff works well…then it’s all black and white.

Perhaps some of us come to this day with a faith searching for a reason to believe again in the kind of love stronger than death, a longing to see color out there or in here.

God, give us reason for faith. Show us where the colors of love are in bloom.

Just a few days ago, a 32-year-old woman posted on Instagram that Russia had just bombed Yavoriv – it’s about 20 kilometers from where she is standing in this photo of herself near the Polish/Ukrainian border. She’s with her mother volunteering to help the Ukrainian refugees – those who are wounded, those needing transport, those seeking temporary housing in Poland.

“I can’t tell you everything I saw there, because I don’t have the right words… Nobody… can imagine this nightmare….I’m scared, but that only motivates me more to help refugees.”

Her name is Oliwia Dabrowska. When she was 4, she played the girl in the red coat in Schindler’s List.

Isn’t that something? Talk about blurring the lines between film and life.

I do imagine for some that reading and hearing the story of Jesus riding upon a colt into Jerusalem and proclaiming another way is like watching a distant film where the color, the light is coming forth…and it’s provocative and inspiring…but there is nothing quite like when that same Jesus is not only riding 2000 years in the past but is standing right on the Polish/Ukrainian border and giving power by way of love.

Which is to say, if we are looking for the way of love, for the person of love, for Jesus himself riding into our world and proclaiming a better way…let’s look to his body and the people who are blurring the lines between Scripture and life.

Every time his body risks its own life to serve another, there’s Jesus.

Every time his body keeps company with the outcast or the guilty or the wrong side or the enemy, there’s Jesus.

Every time his body risks the truth in love, there’s Jesus.

Every time his body risks letting go of their way, their preference, their internal armor…and opens to a new trust, there’s Jesus.

And what we hold by faith…or what holds our faith even when we have none…what holds us is that Christ’s body extended in love may well have the worst done to it, and yet love is stronger than even death.

We will proclaim that fully next Sunday…but it is also our ongoing and most fundamental truth. Love is stronger than death. The way of the colt is more enduring than that of the horse. The way down is stronger than the way up.

Body of Christ, how are we being led to move in this world for such a time as this?

Every time we move in the way of Love, there’s the color. There’s the light. Amen. 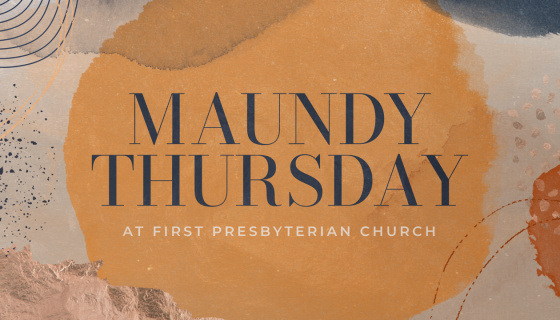