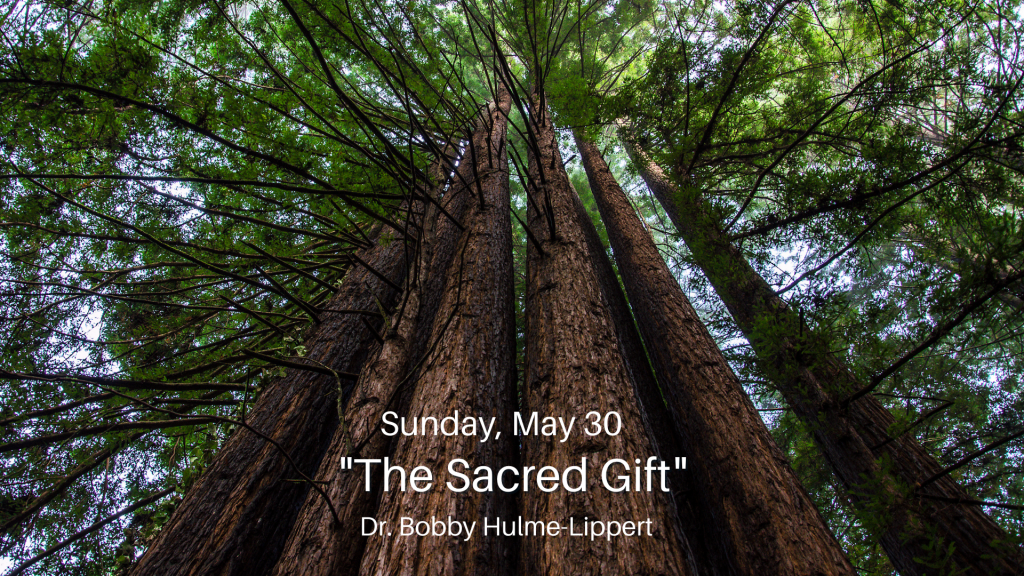 Where were you on Dec 7, 1941 – the Japanese attack on Pearl Harbor? And can you remember how you felt?

Where were you on April 4, 1968 – the assignation of MLK? And can you remember how you felt?

“In the year King Uzziah died…” this is how Isaiah 6 begins. In the year a major event shakes the foundation of an entire people.

Uzziah had ruled Judah, the Southern Kingdom of Israel, for 52 years – and though his pride got the better of him near the end of his reign, his 52 years ultimately were known for the way he fostered economic growth, military growth, and overall sense of stability and strength.

“In the year that some measure of the foundation of our life, our family, our church, our nation shook, cracked, broke, gave way, it died…” This is the setting for today’s passage.

And what does Isaiah 6 say about this year?

Surely some measure of that is there. But Isaiah records as the foremost experience is this: “I saw the Lord sitting on a throne high and lofty.” Stable and situated amid all that was not that way.

I wonder how many of you have been to the Redwood National Forest. I have not – yet. But not too long ago I was reading about a tree in a remote portion of that forest named Hyperion.

It’s a roughly 600-year old Redwood that rises to 380ft from its base and at 1.6 million pounds, it is purported to be the largest tree in the world. People who have seen it are leery of giving out any details of its whereabouts or any kind of coordinates lest tourists end up abusing and hurting the tree and surrounding root system.

But if you stand before this tree, a human being is overwhelmed by just how vast the 24-foot diameter trunk is.

It is so overwhelmingly there; firmly entrenched. And at the same time, you look up, and most of the tree simply is not even visible or reachable. It’s impossible to appreciate the height and maze of all those branches and leaves winding and soaring… And so you have this tree that is at once so visible and real and also beyond what is visible or comprehensible. This is the kind of encounter Isaiah has when he sees the Lord high and lifted in the year King Uzziah died.

We read, Isaiah sees the hem of God’s robe…and even that simple hem is large enough to fill the entire Temple. It’s an immediate, abundant presence…and yet at the same time, God towers with mystery and holiness that is beyond Isaiah’s full understanding. You have these seraphs – angelic beings – flying and singing above the Lord. There’s shaking and smoke also filling the Temple. God at once so near and so beyond.

I’ve always appreciated Howard Thurman’s reflection: “There must be always remaining in every life, some place for the singing of angels, some place for that which in itself is breathless and beautiful.” Which is to say, some place, some way, to recognize both the profound nearness and also the breathless beauty of God.

And what Isaiah 6 is pointing out is that often it is the year that King Uzziah died, the year the foundation cracked or gave way…it is those years that open us not to less of God but actually far, far more.

How have you known the nearness of God In this past year? And also the breathless, the beautiful, the majesty of God? Have we see the Lord high and lifted up and firmly seated and in control…not less but in fact more this past year? Our passage makes clear… one of the foremost signs that we have actually encountered the living God in our midst is this: we find ourselves led into a space of confession.

“Woe is me! I am lost, for I am a man of unclean lips, and I live among a people of unclean lips; yet my eyes have seen the King, the Lord of hosts!” The first thing that becomes apparent when Isaiah lets his soul settle upon the majesty of God is how much of who he is is not at all like that or worthy of that. He sees how far he is from that beauty, that light.

And you heard, he speaks of his lips as “unclean” – much in keeping with what Jesus would later say, “It is what comes out of the mouth that makes a person unclean.” It is our words that betray the sin at the heart. And did you notice? Isaiah’s confession is both about himself (“I am a man of unclean lips”) and the people of this land (“I live among a people of unclean lips.”). He is at once acutely aware of both his individual sin and the corporate sin he is part of as well.

Sometimes in the church, we are prone to focus on one or the other as the real issue: personal, individual sin or societal, structural sin….

…but Isaiah’s encounter with the living God draws him to see both:

I recently came across a story that’s now a year or two old…it’s about a 30-year old woman from Richmond, VA, who got word one of her best friends and bandmates in their punk rock band had sent another person sexually explicit photos. So this woman went online and called him out, disowned him. And the post worked. The guy ended up leaving the band, disappearing from the punk scene. Last the women heard, the guy ended up fired from a job, kicked out his apartment, and had to move to another city where things were rough. For her part, this woman never spoke with him again.

But then a little later it came out that once in high school she had cyberbullied another girl, and she was called out on it. She actually became the object of nationwide group hate. She was banned from the punk scene. She didn’t leave the house for what felt like months. She lost a lot of her friends. She spoke of being scared, traumatized, alone.

“It’s entirely my life,” she said in an interview. “Like, this is everything to me. And it’s all just, like, done and over.”

And the guy who called her out about her cyber-bullying? He told the interviewers he has no regret or remorse that instead, calling out this woman gave him “a rush of pleasure.” This article concludes with the observation…“In this small story, we see something of the maladies that shape our brutal cultural moment. You see how zealotry is often fueled by people working out their psychological wounds. You see that when denunciation is done through social media, you can destroy people without even knowing them. There’s no personal connection that allows for apology and forgiveness.”

There has been a lot of zealotry these recent days…and we can see that in any number of ways and places and even within ourselves. And at best, that zealotry is an ache we have for holiness and goodness and justice to be made known; a passionate desire for good prevail over evil.

And yet, this kind of zealous desire for the ‘purity’ of our cause…it can and it does prove quite dangerous. It can easily default to solving the ‘problem’ by banishing them, destroying them, ruining them, engulfing them like an all-consuming fire of judgment.

And the effect is that more and more people grow fearful of ever being exposed for any words or actions they have ever done. We hide. The cost is too high. The stones that will be thrown too many, too hard, too severe if anyone really finds out.

“Woe is to me” Isaiah cries out in that exposed, fearful place of moral failure before a holy God. “6 Then one of the seraphs flew to me, holding a live coal that had been taken from the altar with a pair of tongs. 7 The seraph touched my mouth with it and said: “Now that this has touched your lips, your guilt has departed and your sin is blotted out.”

This God also purifies with fire. But rather than casting Isaiah aside, a seraph emissary of God actually comes toward Isaiah and presses right into and against the very place of sin….with live coal. A fire that singes the sin. Blots out the sin. A fire that does not destroy but forgives.

Is not that the Good News of Jesus Christ? Eventually, it would not be a seraph but God’s very self in Jesus Christ who would move in our direction.

We stand this day utterly and fully exposed just as we have been and as we are…and in Jesus Christ we discover that we stand this way under a great canopy of forgiveness.

Tell me there are not at this very moment millions who would not do just about anything to know the coordinates of that tree? To stand under the foliage of that gift – alongside one another?

“Here I am. Send me” Isaiah eventually responds. He recognizes in this encounter with God his call to go forth and show forth God’s way in this world. What if in the Year King Uzziah died and the foundation cracked and shook…what if in that year the forgiving love of Jesus showered the people of God all the more fully…and what if those same people said “now send us…send us right into the thick of all the judgment and finger-pointing and the division….and we will risk the same forgiving love under which we live?”

What if the church were known as emissaries of healing coal one to another – that all might know the sacred gift, the freedom of life lived under the canopy of forgiveness?
Amen. 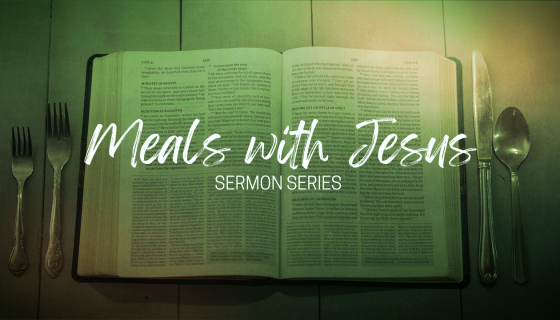 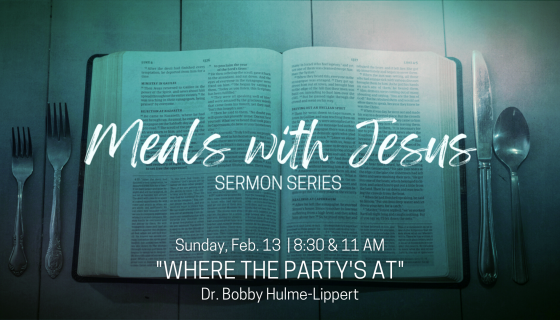 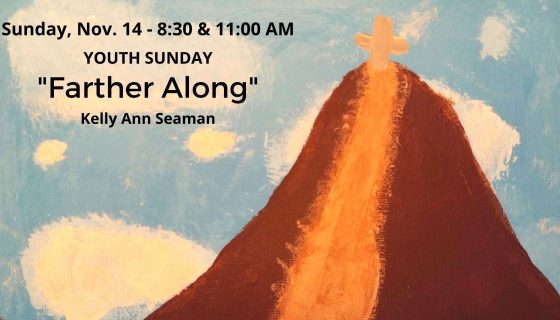