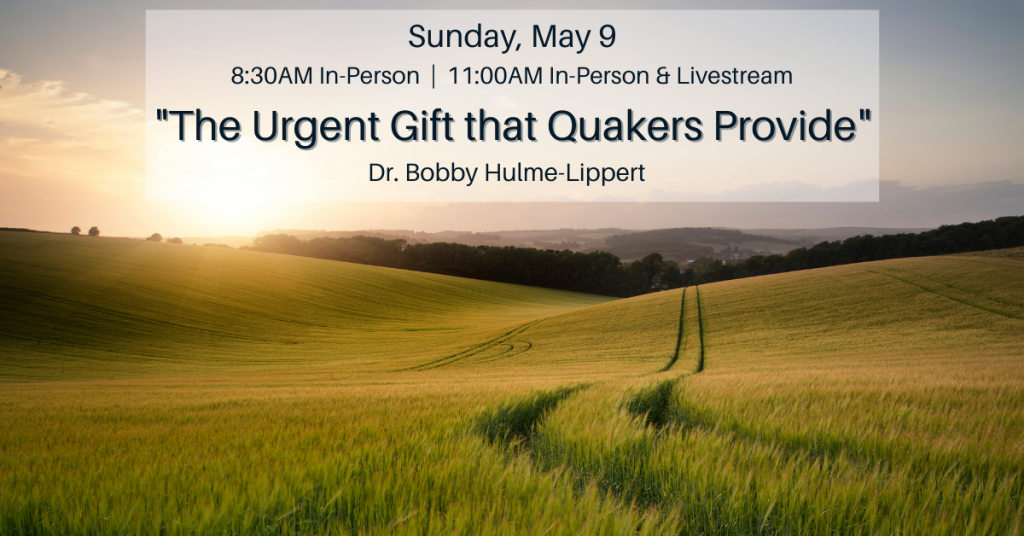 “The Urgent Gift That the Quakers Provide”

Do you remember lunchtime in middle school? I remember bringing a packed lunch some days – lovely packed by my mom. On other days I would have money to stand in line for the cafeteria food. Either way, the thing I remember most is the moment where I would be holding my brown paper bag or my brown tray of food, and I would look out upon these long tables lined throughout the cafeteria. One after another filling with kids. 4th grade kids. 5th grade kids. 6th grade kids. Kids who were into sports. Kids into art. Kids into video games. Is there any more anxious moment in a child’s day than when they turn and look upon the sea of children and wonder?

Where will I sit?
Who will have me?

In her book Friendship: The Evolution, Biology, and Extraordinary Power of Life’s Fundamental Bond, Lydia Denworth at one point writes, “if you want to know whether your child is going to be happy or miserable, confident or anxious,” the lunch hour will tell you so much because children at that stage are “entering a period of maximum concern over acceptance, rejection and how they’re perceived. And friendships have real, measurable power to be a port in that storm.”

And Denworth’s research goes on to show how that need for friendship – while acute in those formative middle school years – continues to be not just a bonus or extra thing during the rest of our lives, but actually something utterly essential to our well-being.

A foundational port in life’s many storms.

When Jesus is speaking the disciples on John 15, he is in the midst of what is known as his “Farewell Discourse” in which he makes clear that a very real storm is on the horizon:

And what is one of the more profound ways he offers comfort amid the storm?

“I no longer call you servants, because a servant does not know his master’s business. Instead, I have called you friends…”

Friendship, Jesus declares, is central to how he relates to us, and how we, then, relate to one another as his body on earth. Friendship is to be the anchoring gift. This raises the question: what do we mean by ‘friendship?’ It is at once a word we are very familiar with but on the other hand, it’s not necessarily easy to define.

In the Greco-Roman culture that existed as the early church took formation, there were two things that marked genuine friendship – both of which are at play in Jesus’ understanding (and I am indebted to theologian Gail O’Day’s excellent article “Jesus as Friend in the Gospel of John”).

The first is captured by Aristotle and it is a sentiment echoed by many of his contemporaries, “…the virtuous man’s conduct is often guided by the interests of his friends and of his country, and that he will if necessary lay down his life in their behalf…”

Friends are those who – if necessary – will lay down their lives for another. On one hand that is striking to our ears – that is not usually on the radar of how we think about friendship. We are far more prone to think of people we like, people who share some of the same affinities we have, people we see in our ‘downtime.’ But in ancient society, this was a primary aspect of friendship.

And so, in our passage, when Jesus says “Greater love has no one than this: to lay down one’s life for one’s friends,” he is not articulating something new. What is radical and striking about Jesus’ words is that he actually does it. He actually embodies the ideal to its fullest extent.

I remember when my mom died in November of 2019, and we were quickly making memorial service plans at the Presbyterian church up in Cincinnati where I grew up.

And David Dupee (one of those middle school friends I mentioned) I had stayed in touch some in the adult years – a text here or there each year – he and his wife and their three young kids now live in Milwaukee – he texts, “Saw the announcement about the service. I’ll be there.”

He had purchased a plane flight from Milwaukee to Cincinnati on but a few day’s notice to be present for my mom’s service.

That same night, the other friend – Eric Fu – he texts entirely separate from David, no communication with David…and simply says he’ll be flying in from Boston to Cincinnati for the service.

And I fell to our kitchen floor weeping. Yes, for my mom, for the reality of all that now was…but also because I had no idea the depth of love that sacrificial friendship communicates, especially in times when it feels the storm is so great.

No, these two friends did not lay down their lives – but I have a sense for their family demands, their job demands, the financial cost of this…and it was one of the most humbling, powerful moments in my life to know embodied sacrificial friendship.

And I think we as a society hunger to know this grace far more thoroughly and regularly than we often do.

In that book on Friendship that I mentioned, Denworth cites studies done just before the pandemic showing that almost half of all Americans sometimes or always feel alone (and she defines loneliness as the opposite of friendship). And those studies point out that while that isolation can happen in old age, the highest rates of loneliness were reported between the ages of 18-22.

She then goes on to say that “at a molecular (loneliness ranks) right up there with poverty, trauma, and bereavement…(it) negatively affects our cardiovascular system, our immune system, our sleep, our cognitive health…” In many cases, especially in times of turmoil or upheaval, our bodies are literally crying out for the grace of friendship. Not as a bonus in life or something you share if you have time after tending to all the other demands…we ache for it as something foundationally central.

“Greater love has no one than this: to lay down one’s life for one’s friends…and I have called you friends.”

When is the last time we have known the sacrificial friendship of Jesus? Perhaps made known through Christ’s body on earth somewhere? In the storm?

And what does it look like to offer that gift – as perhaps one of the most central and relevant expressions of the Good News of Jesus Christ we could offer in this time?

As those of you on your weekly Friday email list know, we have a second round of Porch Pals beginning the week of May 23 – and these small, house groups of 6-10 people will go for just 4 weeks – but perhaps that would be a space to step toward the grace of sacrificial friendship that sits at the heart of the Gospel?

The other mark of true friendship in the ancient Greco-Roman society was a ‘frankness of speech” toward the other. “Friends” were those who spoke honestly and openly to one another, rather than speaking words of flattery. In our passage, Jesus is clear that he is speaking in this frank, open manner with his disciples:

“I no longer call you servants, because a servant does not know his master’s business. Instead, I have called you friends, for everything that I learned from my Father I have made known to you.” (there’s no hiding or holding back)

And then a bit after our passage today in the Gospel of John the disciples recognize that Jesus has done just this when they say, gratefully, “Now you are speaking clearly to us” or “plainly to us” or “frankly to us.”

Importantly, “frankness of speech” does not carry the sense of “speaking my mind in whatever way I want” or “I’m just telling them what they need to hear.”

It’s speaking the truth in love sensibility. It’s at once …

It’s how Jesus speaks to his followers; its best received when there is a relationship of trust, and it sounds like this:

Have you known or heard Jesus speak a frank, loving word to you recently? Perhaps through Scripture – perhaps through a friend? And what does it look like to offer that kind of friendship among ourselves?

About four years ago I went to a three-day conference hosted by the Center for Courage and Renewal which was founded by a fairly well-known Quaker teacher and author, Parker Palmer. Quakers, as you may know, are called the “Society of Friends.”

It was a gathering in which ministry leaders of all sorts were brought together to grow in our ability to discuss and discern amid the most pressing and controversial issues of our time. And the thing that stands out the most for me about that time was the way that silence was so regularly and purposely incorporated.

They’d put us in small group circles with one another, and they would open a section of discussion with a Scripture and prayer and then some sort of prompt or question – might be more personal or have to do with a pressing issue of our time. Either way, the invitation was always the same. We were to treat silence as one of the people in the circle. And so when someone would respond to the prompt, everyone was asked to honor a space of silence before the next person spoke.

It was a small thing – but it is was a very practical way in which they had us honor something that Quakers hold as central: namely, that Jesus is our Friend. He is faithful to abide in us and with us…and we can know that gift if we’ll but listen for the nearness of his presence.

And truly it was amazing how that little gift of silence between each comment, each reflection, each question…it pulled our hearts from that immediate reaction to agree or disagree with any number of accompanying emotions.

It softened us… so that as we eventually spoke frankly and plainly, more often we also spoke that word compassionately. Which is to say, Jesus showed up in that silence and taught us to speak the truth in love. To speak as friends. And even during that three-day conference friendships began forming across distinct differences in ideology and age, race and denomination.

We live in a time of much change and uncertainty – and particularly in this last year, a time of much isolation with an ever-growing hunger to belong.

In fact, we can scan the horizon of our current cafeteria and see how quickly people flock to their like-looking, like-thinking, like-age group, like-politics, like-news sources…we hunger to know we belong.

What the church of Jesus Christ declares is that there is another table that is both different from all of those tables and all extends right through each of those tables.

What does it look like to receive afresh the friendship of Jesus?

And to whom are we being called to give that gift?

Who this day stands before the sea of tables and asks:

Where will I sit?
Who will have me?

And as we lean toward those God puts on our hearts, let us remember that knowing the fullness of this central gift is not on us. In the quiet moments between our ongoing interactions, we can continue to slow and acknowledge the Friend who faithfully abides – and who is faithful to shape us and them such that we really do – ultimately – share at the table with the unlikeliest mix of people from every tribe, tongue, and nation. Amen 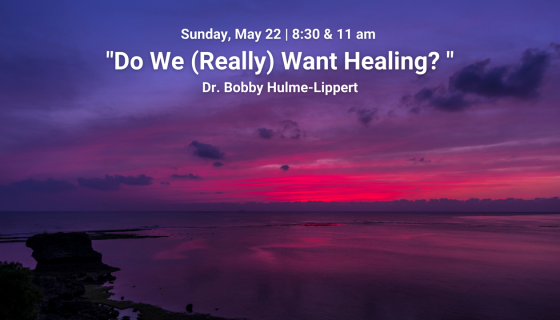 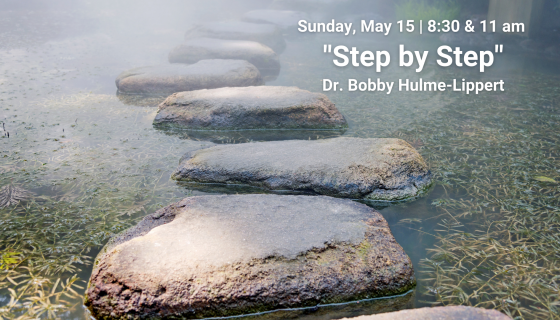 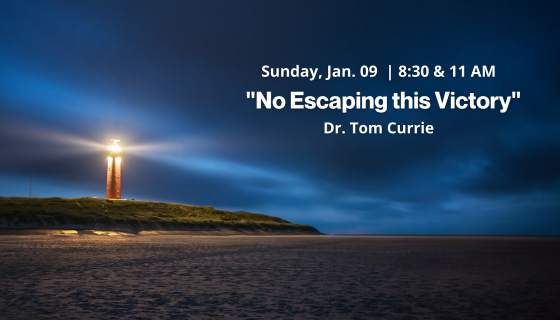