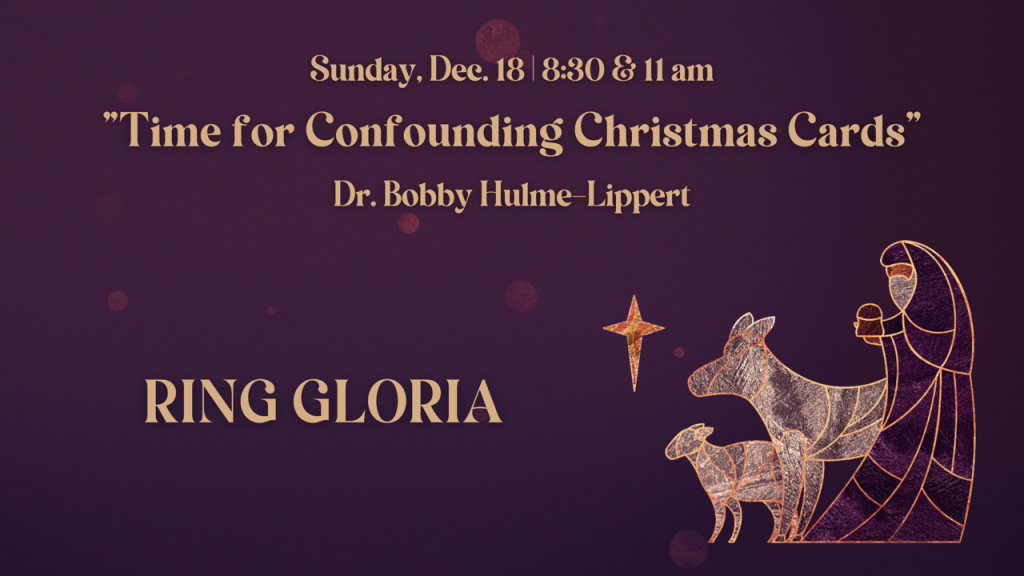 January 4, 2006 I was at THE game. In the Rose Bowl itself, located all of a mile from where we lived in seminary housing back at that time. Anyone know the game I reference? USC vs the University of Texas Longhorns.

Michelle’s parents are UT alum, and they made sure not only they were there but their three daughters and their new son-in-law. We didn’t know that we were showing up to what some this side of California have called the greatest college football game ever played.

But we knew enough to recognize it was a unique game and a unique time for all the family to be in one place so we got a photo outside of the stadium.

And you better believe 11 months later that was the Hulme family Christmas card photo was going to go out to all the world declaring “We were there.”

Except. For reasons still not entirely understood to this day, all of us were wearing the faithful burnt orange for the game, the photo…except my mother-in-law who was wearing a very nice ribbed sweater in light blue. With dark jeans.

You ever had a picture that was perfect…except?

This side of Emperor Caesar and the Roman Empire – the coming of the Messiah was basically THE event toward which everyone looked and longed. One who would be a military and political powerhouse overcoming Rome and every power in opposition to God’s holy way.

Listen to a couple of ways Scripture speaks of the anticipation:

“Rejoice greatly… Behold your king is coming to you…” (Zech 9:9)

And then those well-known words from Isaiah about a child… “and the government will be on his shoulders.

And he will be called Wonderful Counselor, Mighty God, Everlasting Father, Prince of Peace.”

So, when we hear from Matthew, “Now the birth of Jesus the Messiah took place in this way,” we cue the cameras because this is THE event.

1. Not only is this story is unfolding among two peasant people completely in a completely under-the-radar part of an oppressive Roman Empire

2. Mary is pregnant and it sure looks like adultery – punishable by stoning according to the law. Which means Joseph has basically two bad options in his time: demand vindication of his family name, expose Mary and let the punishment unfold… or quietly divorce her.

3. Which is the game plan. We read that Joseph plans to divorce her.

So, we have this perfect picture coming together except…It’s like suddenly dark storm is descending in the backdrop – and now unlikely main characters move to the foreground wrapped in what looks like some ugly sin, bad options, and an impending break.

This is not the photo the people-of-God are looking to send forth.

At the same time, it sure does sound a lot like life, doesn’t it?

A storm gathering among the nations, the shifts and sways of climate change, the political turmoil…

And then how many of us individually and corporately this season know the two-bad-options Joseph predicament. Surely not Joseph’s exact thing…but this or that.

In our own way, we can imagine quite easily what it would look like to take a photo of impending storms and messy sin and messy options.

I will say…we decided not to send the photo as our Christmas card until… until we photoshopped my mother-in-law’s sweater and turned the light blue to a burnt orange. No way we were sending something out that was not the right look, the right way for the greatest game of all time.

Joseph plans to quietly divorce Mary – about as close to a save-face, photoshop move as the ancient world might allow in this situation. Make it look as close to ‘never happened’ as possible. And truth is, our natural inclinations are often not so different.

When confronted by the impending storms and the really hard realities that make us feel shame and anxiety and all the rest… a lot us like the photoshop option. As best we know how, we dress our lives up, our social media posts up, our manicured responses, our yard, our décor, our church…

Everything’s fine and good and pleasant and just like how we’re supposed to look.

But here’s the thing: if the story of the forgiving love of God coming into the world makes anything clear it is this: it’s a story that has nothing to do with appearances.

God shows up in a world of active oppression, growing division, and great suffering – – and among two poor people whose lives are stuck in shame and impending judgement and awful options. Want to see God?

Look at the photos from this past year and the course of our lifetimes…that capture wounded, broken, regretful moments we’d never send.

From first to last – love lives there.

Perhaps rightly we ask…. “Yeah? Where?”

“…an angel of the Lord appeared to Joseph in a dream and said, ‘Joseph, son of David, do not be afraid to take Mary as your wife, for the child conceived in her is from the Holy Spirit. 21She will bear a son, and you are to name him Jesus, for he will save his people from their sins.”

Which is to say, “No stoning, and no divorce. I’ve got a third option not even on your radar that is going to make people wonder if you are crazy, put your family reputation at stake, and draw forth no small amount of questions and conversation…

…Joseph: take her as your wife. And yes, because she is pregnant and you two have not had sex this will look to all appearances unholy…and this seemingly unholy decision will be the birthplace of God’s arrival.”

I find it no accident that Joseph is shown this unlikely option while in a dream.

When the body sleeps – yes, the brain is incredibly active – but in body and mind our guard is entirely down. We are open in ways we often rarely allow in the waking hours unless we open in prayer, in quiet.

Not long ago, I was talking with someone who retired recently, and they said a lot of people ask that question, “So what are you doing now?” And we can’t help ourselves. The basic narrative is either you are working or you’re doing something new. There is no ‘not doing’ or otherwise. Work. Or the next thing.

And this person said, “I am learning to be ok with being…and listening for what God has next.” This person went on to stress how much they are learning about not rushing, not pushing…but the word this person used was “receiving.”

As we sit amid some of the photos we would never send…dare we hold enough space in our hearts, our prayers, our quiet, our dreams…to receive a surprise unto our soul? A word from God about a direction or insight we had not yet imagined?

And what if what we heard made did not seem…obviously sensible? Or easy? Or without risk?

Barbara Brown Taylor writes at one point this way about hearing God call her toward a surprising direction: “This is something I can’t not do, for reasons I am unable to explain to anyone else and don’t full understanding myself but that are nonetheless compelling.”

Take Mary as your wife…Inexplicable and compelling.

Amid bad options all around, have you ever stepped in a way that was somewhat inexplicable even to yourself…but Jesus-inspired compelling? Ways, perhaps like Joseph, that from the outside really look like an unholy choice?

Honestly, it seems to me that following Jesus at all in our day and age can look unholy in quite a number of ways:

What would you add? What does it look like to walk in the sometimes inexplicable, ever-compelling way of Jesus? Does it ever look unholy?

This season it is a time for the church to send confounding Christmas card to the world…which is to say, when the world gets a picture of our lives, no need to photoshop out the brokenness, the sin, the impending storms…

Because we want to be clear…we really do believe that’s the space God shows up. In the foreboding, among the wrong people, in the depth of sin itself…this is where love is birthed. That is where love walks.

…perhaps others will open the mail, look upon the card, and say, “would you look at that? They’re in the only game that matters. And for reasons I can’t put into words, I’d like to be in that picture next year.” Amen. 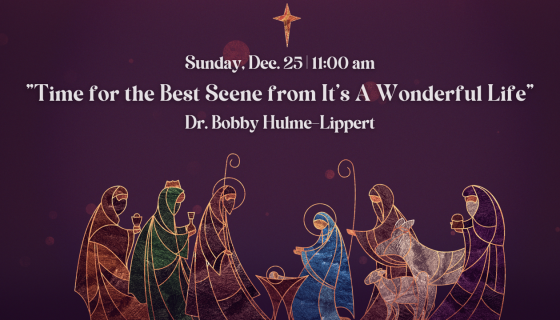 “Time for the Best Scene from It’s A Wonderful Life” 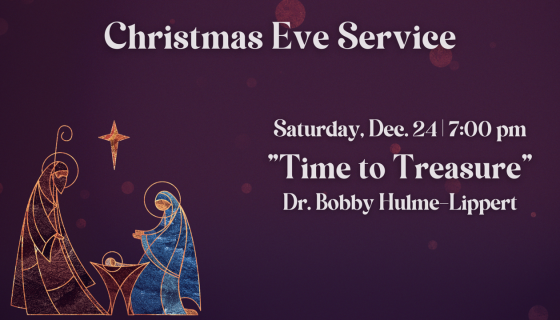 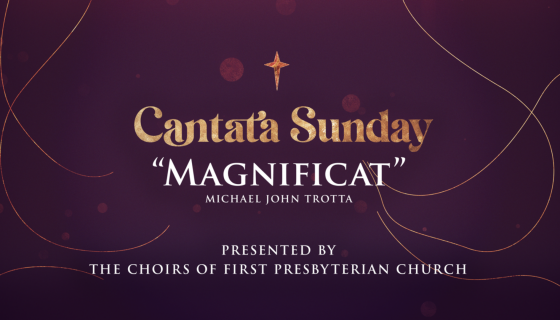 “Time to Turn the Tree Upside Down” CANTATA SUNDAY