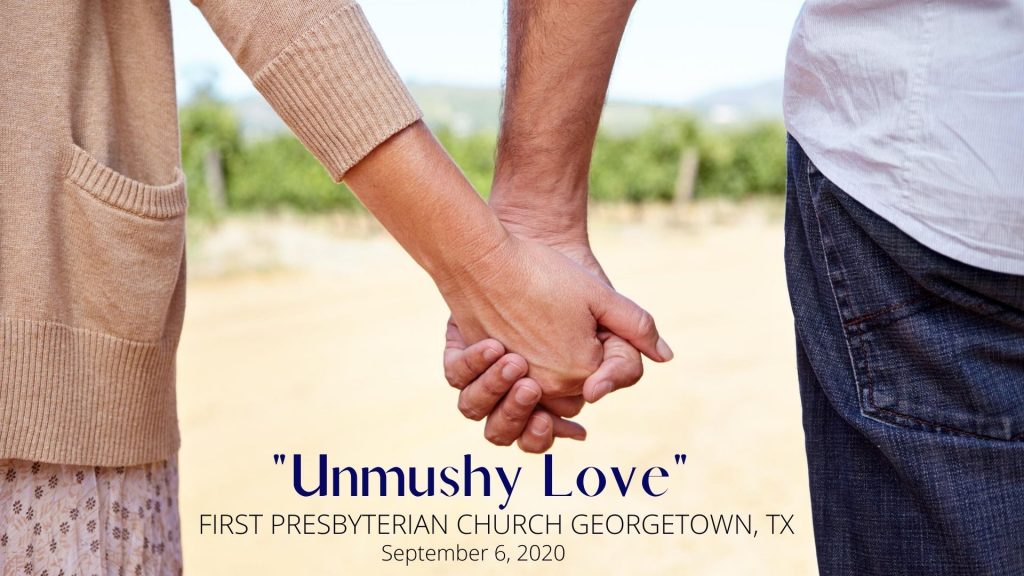 Let us pray: Grant us, O Lord, words to speak and ears to hear what your Gospel is saying to us this morning. And having spoken and heard this word, grant us the grace to own it, to risk the life to which it is calling us, to embrace the gift you give us daily in Jesus Christ, in whose name we pray. Amen.

A college friend has recently written a book on the first amendment, specifically dealing with the “free exercise” clause of the Constitution and the prohibition against the establishment of religion. He thought since I was once a pastor, I might be interested in what he had to say. And indeed, I have been. He is not a believer and his book argues in fact that the first amendment only became possible when our Founding Fathers moved beyond faith to a kind of enlightened skepticism that enabled them to view all religion from a superior standpoint. Here, they thought, was an area beyond the government’s competence that should remain a private matter.

I agree with some of what my friend has written, especially the notion that faith should never be coerced and that one of our country’s greatest contributions to the understanding of both church and state has been the notion that the one ought not to regulate the other.

Still, there is something bothering me about his book, something I have not been able to put my finger on exactly. And part of the bother has to do with what Paul says in our text this morning. Let me try to explain.

My friend argues that what has given us the right to the free exercise of our faith is the discovery in the late 18th century of the integrity of the individual, the inviolability of a person’s conscience. The Founding Fathers were, in his judgment, enlightened and enlightened particularly by the use of their reason. Political progress can be made, my friend has argued, only by leaving faith commitments behind. But I wonder.

It is no secret that we live in a time of great political and social unrest. Our language is plenty smart, even clever, but it is rarely kind and often simply abusive and dismissive. The divisions we face in our culture seem insurmountable, impossible to overcome even by reason, so we gather ourselves into tribes and reinforce our own opinions. Love, it would seem, has little to do with it.

The 13th chapter of Romans is pervasively political. There is no other way to say it. Paul begins by exhorting the Christians in Rome to subject themselves to the governing authorities, to honor and even respect them. This, of course, is not the only piece of political wisdom in the New Testament. If you want to read a different take on how Christians should regard the governing authorities, you can read Revelation 13. But here Paul counsels respect and even obedience to higher authorities.

He does so, however, not because he is an authoritarian or lover of the state, but because he thinks the central fact of human existence has nothing to do with the state. Honoring Caesar does not mean worshipping Caesar. Moreover, opposing Caesar does not mean faithfulness to God. Caesar, Paul thinks, is just not that important, and in any case, is not as important as he or sometimes we think he is. The central fact with which both Caesar and the rest of us have to do is the fact of Jesus Christ. He is the quite unself-evident truth that makes you and me and our enemies and our friends persons, persons whose integrity cannot be violated. We do not belong to Caesar. We do not even belong to ourselves. As one of our own catechisms reminds us, “We belong body and soul, in life and in death, not to ourselves but to our faithful Savior, Jesus Christ.” That fact is what makes a person a person and even more, a person to take trouble over. And that fact, though true whether others believe or not, is what makes life, liberty, and the pursuit of happiness something to be valued. It is what makes the free exercise of anyone’s faith or even no faith, a thing to be respected and even protected.

Yes, I know I have banged on in this sermon thus far without even getting to the text, so let’s look at what Paul says: “Owe no one anything, except to love one another; for the one who loves another has fulfilled the law…”

Not much of a political slogan, is it? And in truth, is there a more threadbare, meaningless, worn out word in the English language than love? Counsels to “love one another” when tribes are yelling at each other, when buildings are burning, when victims are being crushed under the knee of authorities would seem quite beside the point, like telling the Sharks and the Jets to make nice, like inviting warring tribes to sing “Kum Ba Yah” together, like calling a riot torn part of a city an area that is just experiencing the summer of love. Really? Is this what Paul is saying? Is that what we believe as Christians, that love is something nice but ineffectual, something pious but ignorant of the hard realities of life, something as sentimental as it is useless?

If so, then the church, and especially its preachers have much to answer for. “Love your neighbor as yourself,” Paul says is what fulfills the law. Such love, I would suggest is more costly than any one of us is able to bear. One occasionally sees images, examples of such love, but to love like that, really to love like that takes more courage than most of us can summon up.

A couple of months ago, I was reading a story about the demonstration in 1989 in Tiananmen Square, where a photographer captured an unforgettable image of a single man standing in front of a row of tanks that were moving to shut down the demonstration. That man, I suspect, loved his country, loved his neighbors, loved them enough to stand athwart history and say, “Stop!” I don’t know where he is today or even if he is alive, probably not, but love, I suspect, looks a lot like that.

Several years ago, I was leading a group of students on a Reformed heritage tour through Europe. In a little town south of Lyon, we stopped in a village whose French Reformed congregation sheltered over 3,000 Jewish children, protecting them from the Nazis during World War II. The church was quite simple and without ornament, but over the entrance way were these three words inscribed: “Love one another.” Love one another.

That’s hard. That’s scary. It is much more scary than voting or yelling or preaching. How then, did anyone ever suggest that to love one another made any kind of sense in our kind of world? What does it mean to love one’s neighbor?

Will Campbell was a Baptist preacher. He grew up on a farm in Amite County, Mississippi. After graduating from Yale Divinity School, he pastored a Baptist congregation in Louisiana, where he became involved in the Civil Rights movement. Later as a campus minister at Ole Miss, he helped James Meredith integrate that university. He was the only white man at the organizational meeting of the Southern Christian Leadership Conference. He marched with Dr. King at Selma. In his autobiography he tells of being invited to address a meeting of the National Student Association. The group had just watched a CBS documentary on the Ku Klux Klan, and their involvement in the murder of three Civil Rights workers in Mississippi. As they watched, the group saw the Klan initiating new members, having them all line up in a row, military fashion, and march. The leader shouted, “Left face!” and they all turned left except one scared and pathetic young man who turned right. The crowd of students watching the documentary laughed and jeered at that ignorant young man.

Campbell writes that those students considered themselves radical but he concluded there was not a radical one in the bunch. For if they were truly radical, they would not have laughed at that pathetic figure.

When he was invited to speak, he got up and said, “My name is Will Campbell. I’m a Baptist preacher. I’m a native of Mississippi. And I am pro-Klansman. I am pro-Klansman because I am pro-human being. That’s my speech. If anyone has any questions, I will be glad to answer them.”

Of course a near riot broke out and people scattered toward the exits. A few remained who asked how he could say he was pro-Klansman. Campbell replied: I never said I was pro-Klan. But I am pro that human being who is scared and frightened trying to live underneath those robes. He belongs to Jesus Christ. Too. And to be radical, truly radical is to risk loving just such a one.

Hard to say. Hard to hear. So much easier to howl with the wolves, to signal our virtues and the other side’s obvious failings, to claim the moral high ground for ourselves. It is hard to love our neighbor. In fact, we do almost anything to keep him or her from being called our neighbor. That way we are not so obligated. We can call him or her something else, and we have no shortage of such names.

So how did Campbell dare to say such a thing, to insist that he was pro-human being, even pro flawed, deeply warped, ignorant, scared, dangerous human being? I think it was because he heard somewhere of a man hanging on a cross, who said, “Father, forgive them for they know not what they do.” That man was pro-human being as no other has ever been. The passion of his love has melted steel-hard hatreds. He was rejected, jeered at, dismissed, a fool on a cross. But I am here to tell you, he haunts our certainties and disturbs our dreams, he draws us close to the strangest people, enemies he insists are our neighbors. His love is hard that way. He won’t let us rest with the comforts of our tribal ideologies or our mushy notions of love. Oh, no. This one has other plans for us and will take us to places we may not want to go. Just like Moses, just like Jonah, just like Paul. Just like us. Amen.