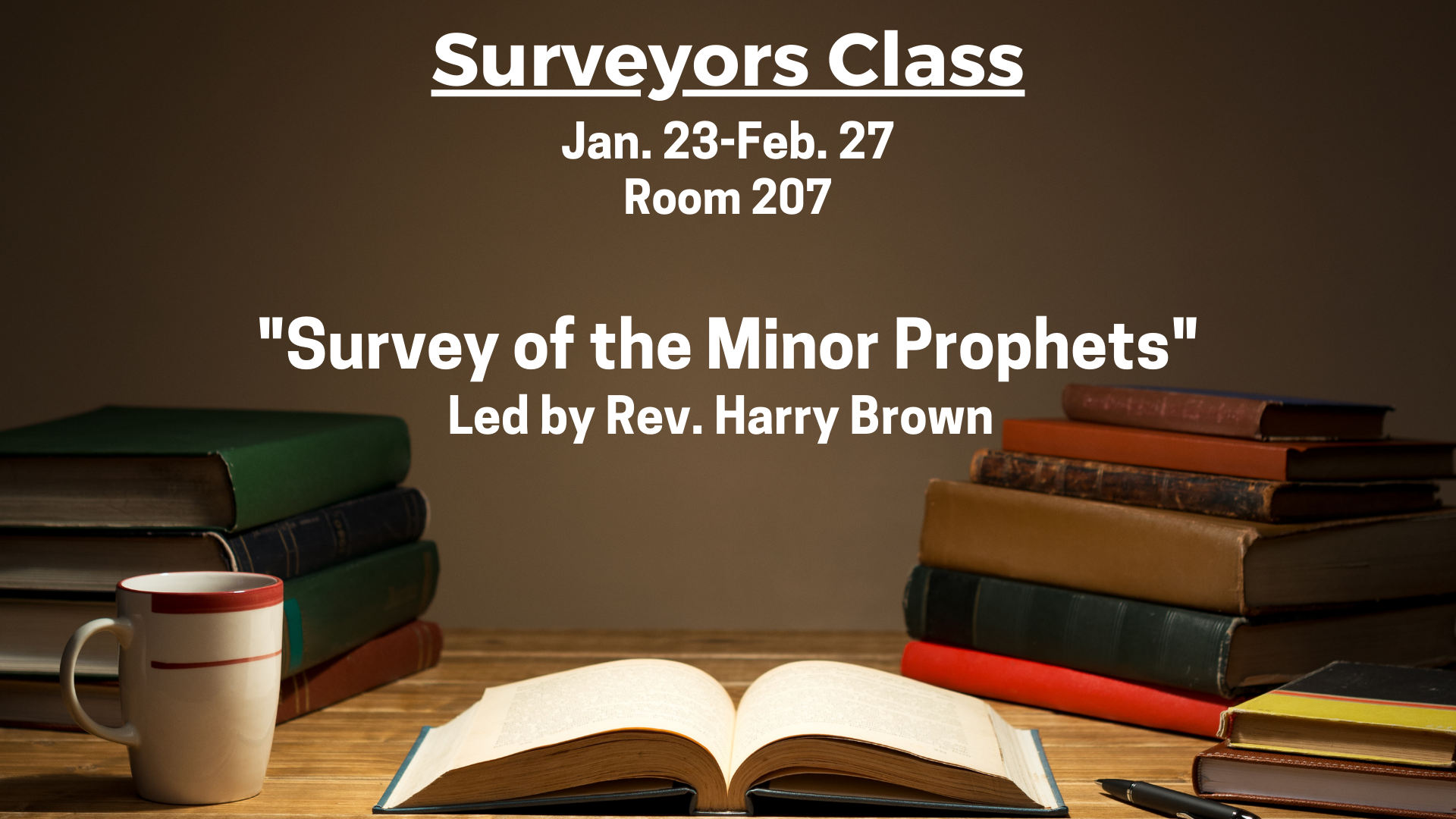 “Survey of the Minor Prophets”

This six-week course will look at two of the minor prophets each week, which means Harry is only going to hit the high points. To get the most out of this class, he suggests that you will need to do some reading and study on your own, most notably reading the books to be covered before class. You can also look at notes in study bibles. If you really want to get into what is happening, study commentaries.

The minor prophets are Hosea, Joel, Amos, Obediah, Jonah, Micah, Nahum, Habakkuk, Zephaniah, Haggai, Zechariah and Malachi. They are referred to as minor prophets not because of their impact, which was significant, but because of the length of the books that bear their names. For the most part, they spoke during the time of the divided monarchy when the northern and southern kingdoms were often in danger of being conquered by neighboring superpowers.

Although there are great differences between the societies in which they lived and the society in which we live, human nature still has numerous parallels. There were strong desires for power, and that led to all sorts of political intrigue both then and now. Greed was and is a significant factor then and now, and it led to the exploitation of particularly the poor.

There was and is a subtle push toward idolatry to worship the gods who seemed to be able to deliver what the king, and to some extent what the people, wanted.