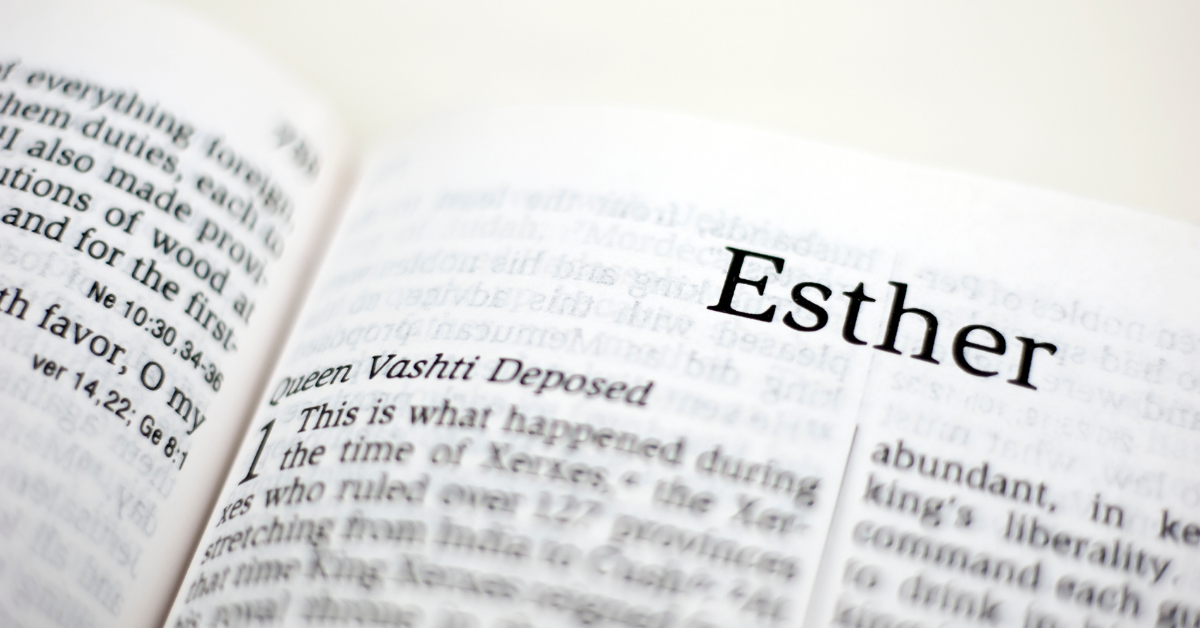 Finding faith to stand up for justice

When Esther’s maids and her eunuchs came and told her, the queen was deeply distressed; she sent garments to clothe Mordecai, so that he might take off his sackcloth; but he would not accept them. Then Esther called for Hathach, one of the king’s eunuchs, who had been appointed to attend her, and ordered him to go to Mordecai to learn what was happening and why. Hathach went out to Mordecai in the open square of the city in front of the king’s gate, and Mordecai told him all that had happened to him, and the exact sum of money that Haman had promised to pay into the king’s treasuries for the destruction of the Jews. Mordecai also gave him a copy of the written decree issued in Susa for their destruction, that he might show it to Esther, explain it to her, and charge her to go to the king to make supplication to him and entreat him for her people. Hathach went and told Esther what Mordecai had said. Then Esther spoke to Hathach and gave him a message for Mordecai, saying, “All the king’s servants and the people of the king’s provinces know that if any man or woman goes to the king inside the inner court without being called, there is but one law—all alike are to be put to death. Only if the king holds out the golden scepter to someone, may that person live. I myself have not been called to come into the king for thirty days.” When they told Mordecai what Esther had said, Mordecai told them to reply to Esther, “Do not think that in the king’s palace you will escape any more than all the other Jews. For if you keep silence at such a time as this, relief and deliverance will rise for the Jews from another quarter, but you and your father’s family will perish. Who knows? Perhaps you have come to royal dignity for just such a time as this.” Then Esther said in reply to Mordecai, “Go, gather all the Jews to be found in Susa, and hold a fast on my behalf, and neither eat nor drink for three days, night or day. I and my maids will also fast as you do. After that I will go to the king, though it is against the law; and if I perish, I perish.” — Esther 4:4–16

I love the book of Esther, especially this chapter as it tells us a story of a young woman whom God calls to do something extraordinary, but she is struggling with fears and doubts. Ultimately, she overcomes her apprehensions, puts her faith in God and starts living into what God has called her to do — to stand up for what is right and save her people.

Every day we watch in horror as another Black person is gunned down by the police. Children are locked in cages like animals in detention centers. Just recently, too, we had to witness in our country voter suppression tactics to keep people from exercising their right to vote as citizens of the United States. This isn’t right. We have to do something about it.

This Lent, as we explore the ways to shalom, we must remember Esther’s example and live into our calling to be liberators. Why? It’s because our people need us.

Lord, like Esther many of us are scared to speak up. We have families to care for and households to maintain. But just as Esther overcame her fears, we must too. Lord, help us to step out in faith and move forward in our call to seek justice. In Christ’s name we pray. Amen.

Shalom: The Way to Repairing
Written by Christian Brooks